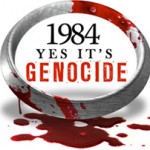 Chandigarh: Sikh human rights groups have launched a global signature campaign on the birth anniversary of Guru Nanak Dev, in support of the “1984 Genocide” petition pending before the United Nations Human Rights Council (UNHRC). It began on Sunday, with Sikhs for Justice (SFJ) and All India Sikh Students Federation (AISSF) holding signature camps in Gurudwaras in more than 20 countries.

The ‘Sikh Genocide Complaint’ filed on November 1 by SFJ, AISSF, ‘Movement Against Atrocities and Repression and gurudwara representatives across Europe and North America, is likely to come up before the UN “Working Group on Communications” by August 2014. Till then, Sikh groups will continue to collect signatures in support of the “1984 Genocide” Petition and will submit them to UNHCR, said Gurpatwant Singh Pannun, legal adviser to the SFJ.

These organisations had filed a complaint with the United Nations pursuant to resolution 5/1 urging it to investigate the “systematic, intentional and deliberate killing of Sikhs carried out across India during the first week of November 1984 and to recognise these attacks as “Genocide.”

According to Mr. Pannun, “Twenty nine years of denial of justice and impunity to those who orchestrated genocidal attacks on Sikhs compelled the victims to file the complaint before United Nations”. “Since the Sikh community has exhausted all judicial remedies in India, the Human Rights Council is likely to take up the complaint and is likely to hold hearing to allow the 1984 victims to present evidence related to Genocide,” he said in a statement.

The Sikh groups say that “the gravity, scale, organised and intentional nature of these genocidal attacks was concealed by the Indian Governments by portraying them as “Anti-Sikh Genocide of Delhi”. The recently discovered evidence shows that more than 37,000 claims for deaths and injuries were filed by the victims of November 1984, out of which more than 20,000 claims were by victims who were attacked outside Delhi.”