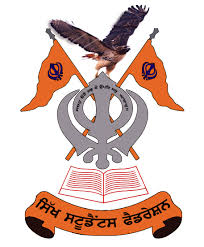 New York, USA: Rights group “Sikhs for Justice” (SFJ) and All-India Sikh Students Federation (AISSF) have approached the United Nations Working Group on Arbitrary Detentions to secure the release of Sikh activists in India who continue to be detained even after the expiry of their prison term.

In a complaint and appeal to Malick Sow, Chair-Rapporteur for UN Working Group on Arbitrary Detentions, and Ivan Šimonovic, Assistant Secretary General for Human Rights, the Sikh groups have urged the UN to push India and secure the release of Sikh “prisoners of conscience” and save the life of activist Gurbaksh Singh Khalsa.

UN’s Working Group on Arbitrary Detentions was established by resolution 1991/42 of the Commission on Human Rights to investigate cases of deprivation of liberty imposed arbitrarily and in violation of international standards set forth in the Universal Declaration of HumanRights.

The mandate of the Working Group provides that it may intervene in cases where “it is clearly impossible to invoke any legal basis justifying the deprivation of liberty (as when a person is kept in detention after the completion of his sentence or despite an amnesty law applicable to him).”

Gurbaksh Singh Khalsa is on hunger strike since November 14 to secure the release of Gurmeet Singh, Lakhwinder Singh, Shamsher Singh, Lal Singh, Wariyam Singh and Gurdeep Singh Khaira who have been languishing in prisons even though they have completed their sentences as per conviction records.

Urging the UN to secure the release of Sikh detainees, the complaint to the Working groups states that “the actions of the Indian Government related to continuous arbitrary detention of Sikh prisoners of conscience violate every norm of democracy, Universal Declaration of Human Rights and international laws.”