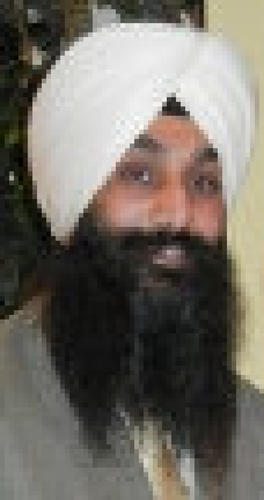 Toronto,Canada: It came down to the wire: a beard-based rights complaint was a hair’s breadth away from going before the province’s human rights tribunal this week, before an 11th-hour settlement was reached.

Gurmukh Singh, a Sikh man who used to drive for Aaroport Limousine Services, filed a complaint against the company more than a year ago.

He claimed Aaroport cut him off from their dispatch system because his long, flowing beard — an expression of his renewed Sikh faith — was a contravention of their “neat and tidy” dress code that requires drivers to “maintain proper personal hygiene,” according to an organization supporting his complaint.

On Monday, just as the parties gathered to argue the case before the Human Rights Tribunal of Ontario, they reached a settlement that kept the case from being heard.

“Mostly, when there’s a settlement, it’s at least some time before you actually arrive at the hearing,” said Balpreet Singh, a lawyer with the World Sikh Organization of Canada, which was given access as an intervenor in the case.

“The signing actually took place in the tribunal hearing room.”

When contacted Thursday, Aaroport representatives declined to comment on the case, as did lawyers representing both the company and Gurmukh.

The details of the settlement are confidential.

It was the end of a long road for Gurmukh, whose religiously prescribed facial hair first ruffled his former employer in mid-2011.

“It was a little bit surprising to us that it took this long to settle, frankly, given that it’s a straightforward issue,” said Balpreet Singh, the lawyer.

“We’re glad that (Aaroport) saw the light at the end of the day, but the premise that an open beard or an untied beard is untidy or somehow not in accordance with personal hygiene is, frankly, quite insulting,” he said.

In June 2011, several months after he started growing out his beard, Gurmukh Singh was told by his then-employer that he would be denied access to the limousine company’s dispatch system if he didn’t trim or tie back his facial hair, according to the WSO.

Gurmukh refused to comply and contacted the Sikh organization for help. According to Balpreet, the group sent a letter to Aaroport describing the importance of an unrestricted beard to followers of the Sikh faith.

An application for a hearing at the human rights tribunal was filed in December, said Balpreet.

He added that, in his experience, human rights matters where religious practices rub up against dress codes usually involve some sort of safety concern. This case was different, since Aaroport’s concerns were purely esthetic, said Balpreet.

“Human rights principles, and the Human Rights Code itself, are pretty clear when it comes to accommodating people’s religious beliefs,” he said.

“The only basis for limiting accommodation is where compelling health, safety, cost and funding considerations justify it.