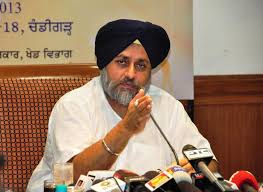 Comments Off on Sikh delegation from Kenya meets Sukhbir 459 Views

The delegation was led by general secretary of the council Jinder Singh.

Divulging details of the meeting, Sri Guru Granth Sahib World (SGGSW) University vice- chancellor Gurmohan Singh Walia said the delegation had come with a request to the deputy CM for establishing an off-shore campus of the university at Mikandu in Kenya.

Earlier, during a visit of Bir Devinder Singh to Nairobi, the Sikh Council of Kenya had broached the matter with the former deputy speaker.

Bir Devinder, then, gave a brief account of his visit to Kenya, and the identity problem confronted by the younger generation of Sikhs there.

Walia further said the deputy CM told the Sikh Council to bring a resolution on the issue duly passed by the Gurdwara Committee, and to get a premise of at least 50 acres and about
10 crore for setting up of the off-shore campus of the university there.

The deputy CM directed the vice-chancellor of the Sikh university to prepare a feasibility report that should include academic, administrative and the financial implications.

The V-C said the delegation also discussed the modalities of setting up of a world class institution of higher education with Sukhbir, who gave them a patience hearing and assured them that after receiving the feasibility report, the SGPC and SGGSW University would be asked to take further necessary steps on this direction. Former deputy speaker Bir Devinder Singh, and Kuldeep Singh Dhami, a leading industrialist and entrepreneur from Kenya, were also present at the meeting.

They were all of the opinion that the state needed to take better steps to popularise its education schemes and that the non-resident Indians were interested in supporting and making a contribution to the state’s colleges and universities, so that the state was able to compete at the national and international forums.