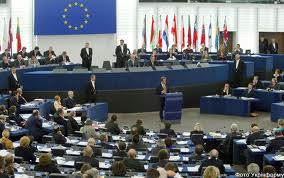 London,UK: In a debate held in Westminster Hall at the Houses of Parliament on Wednesday 13th March 2013, the Sikh Council UK was recognised by Members of Parliament of all parties as a ‘national advocate’ for British Sikhs and praised for being a ‘democratically elected body’. MP’s urged the Prime Minister, Ministers and the Government to work with the Sikh Council UK to ‘take on board points made by the British Sikh community’ ‘so that Sikhs feel that their voice is being heard’.

The British Sikh Community debate was instigated by the All Party Parliamentary Group (APPG) for British Sikhs and was led by Gareth Johnson, Conservative MP for Dartford. Over 50 MP’s took part with around half being able to speak during the ninety minute debate. The APPG for British Sikhs led by Fabian Hamilton, Labour MP for Leeds North East had encouraged MP’s to apply for a debate and had been supported in this call by the Sikh Council UK and the Sikh Federation (UK).

‘The debate yesterday on the British Sikh community was very positive in many respects. It was not only the turnout of a large number of MPs from all sides, which was excellent as the Sikh community only had 5 days to mobilise, but also in terms of the responses given by Don Foster, the Minister for Communities and Local Government as part of his sum up at the end of the debate.’

During the debate, all MP’s acknowledged the exceptional contribution of Sikhs in the UK to the civic and economic wellbeing of the United Kingdom. MPs also praised Sikhs for their positive contribution in all the professions and the achievements of individuals such as 101 year old marathon runner Bhai Fauja Singh were highlighted.

As well as discussing and promoting the Sikh Council UK as a key interface for the Government with UK Sikhs, MP’s also discussed issues relating to Sikh Identity in the UK. Many MP’s also raised issues regarding human rights concerns held by Sikhs.

MP’s of both parties commended the work carried out leading to a respectful solution for security procedures at airports for turban wearing Sikhs but wanted assurances that the Government would continue pressing for other European countries to also adopt these procedures.

MP’s recognised even though the Sikh Identity was protected in many respects, there was further work to be done, particularly in respect to the wearing of the turban at places of work, the Kara and the Kirpan.

Sikh Council UK National Executive member, Dabinderjit Singh said, “Individual cases relating to Sikh identity have a major impact on Sikhs right to freely practice their religion in this country and unfortunately are becoming more and more common. The Sikh Council UK and other Sikh organisations have been campaigning very hard to raise awareness and promote solutions to these and it is quite reassuring that these key issues of concern are being taken on board by MP’s.”

As well as Sikh identity issues, MP’s also discussed recognising Sikhs for their participation in World War I during the centenary commemorations later this year, the success of Sikh faith and faith ethos schools and the need for funding to be more easily accessible for Sikh community groups.

An important topic that was raised by some MP’s was the human rights concerns held by many British Sikhs. The debate held in the House of Commons a week earlier to encourage India to abolish the death penalty and the desire for greater transparency, honesty and justice for the events of 1984 and subsequent years was raised several times.

Gurinder Singh Josan said, “The debate and our subsequent conversation with the Minister and with other MP’s clearly show they welcome the Sikh Council UK as an organisation they want to have dialogue with and to work with.