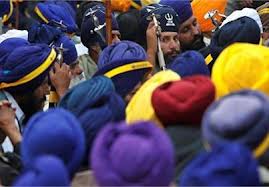 Peshawar, Pakistan:  There is a feeling of insecurity among the members of the Sikh community after the kidnapping of two Sikhs from the city and Khyber Agency during the last several weeks.

A Sikh medical technician Mohinder Singh was kidnapped in November last year from his house in Khyber Agency. His chopped body was later found in a deserted place in Khyber Agency in December. The government is yet to provide any compensation to the family of the slain person.

Last week, kidnappers picked up another 40-year old cloth dealer of the Sikh community from near his house in Quaidabad, Peshawar. Residents said Raghbir Singh, the father of four, was on way back home from a nearby worship place when gunmen overpowered him, bundled him into their vehicle and shifted him to an unknown location.

“The Sikh community is disturbed over the two incidents. They have approached some senior government officials to seek their help in recovery of Raghbir Singh but things are yet to work in their favour,” said a former deputy attorney general and known Sevadar, Khurshid Khan Advocate.

The senior lawyer paid visit to a temple in the city and expressed his sympathies with around 200 elders of the community over the killing of Mohinder Singh and the kidnapping of Raghbir Singh. “The Sikh is a peaceful community and they were never involved in any kind of crime but they have been suffering these incidents for the last few years,” said Khurshid Khan.

Around 3,000 members of the Sikh community have settled in Peshawar, mostly in Dabgari, while hundreds others are living in Khyber and Orakzai agencies and other districts of Khyber Pakhtunkhwa.

The local Sikh community members said they have lodged the first information report in the kidnapping of Raghbir in the Bhanamari Police Station but no progress has been reported so far.

The elders of the community also met Haroon Bilour, advisor to the Khyber Pakhtunkhwa chief minister, to seek his help in early and safe recovery of their kidnapped man. Haroon assured his support to the community by taking up the matter with the relevant government agencies.

A couple of years ago, a 33-year old Sikh IT professional Robin Singh was kidnapped from the city who returned home safe and sound, adding to the celebrations in Gurdwara Panja Sahib Hassanabdal where thousands of Sikhs from all over the world had gathered to celebrate the annual Baisakhi Festival.

Before Robin, three other members of the community were kidnapped from Khyber Agency in January 2010. One of them, Jaspal Singh, was later killed on February 21 while Gurvindar Singh and Sarjeet Singh were recovered on March 1 during a military operation.