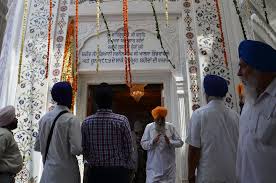 Amritsar, Punjab: Persons uploading morphed pictures of Sikh gurus and posting objectionable comments on them on social networking sites may have to face legal and religious action, said AkalTakhtjathedarGianiGurbachan Singh on Thursday.

He said such acts were a deliberate attempt to spread hatred and hurt religious feelings of a particular community which wouldn’t be tolerated. He was also critical of his fake ID on social websites. “I don’t know who did it, but we will discuss filing a complaint and all these issues in our meeting on Friday,” he said.

In the recent past some unscrupulous elements had uploaded morphed photographs of Sikh gurus on social websites, which triggered a series of protests and hate comments on the net. Shiromani Gurdwara Parbandhak Committee has already written to the Prime Minister for stern action against such elements.

Friday’s meeting of Sikh clerics will also hold significance as former president of Delhi Sikh Gurdwara Management Committee (DSGMC) Paramjit Singh Sarna would be arriving to submit his clarification on allegations of creating obstacles in building memorial for the victims of 1984 anti-Sikh riots at Gurdwara Rakabganj Sahib complex in Delhi.

Another significant religious issue that the Sikh clerics would discuss is the reported conversion of poor Sikhs to Islam by Waqf Board chairman and former director general of police Izhar Alam Khan. “The All India Sikh Students Federation has given us a complaint against Alam. A delegation of Muslim leaders has also approached the Akal Takht secretariat, denying the allegations. It is a serious issue which needs to be given a serious thought,” said the jathedar.

Previous: Takht directs DSGMC ex-chief Sarna to do religious service
Next: Fauja has the world at his feet 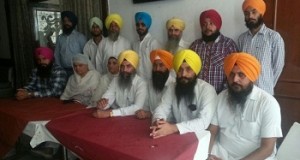