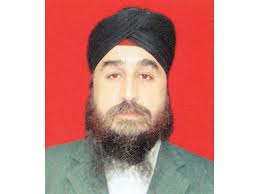 Amritsar,Punjab: Another abduction of a Sikh businessman of Peshawar in less than three months time has raised question mark on the safety of minority Sikh community of Pakistan.

According to reports an influential businessmen of Qaidabad in Peshawar was allegedly kidnapped by some unidentified persons. Reports suggests that while Raghbir Singh was returning from Gurdwara after offering prayers a few armed men overpowered him and forcibly pushed him in the car and took him away.

A local Sikh leader Sahib Singh reluctantly told TOI over phone on Wednesday, ” Yes, Raghbir Singh, a cloth dealer has been kidnapped but we don’t know who has done it “.

He said they were not aware of the group involved behind Raghbir’s kidnapping and the family had not received any ransom call from the abductors as yet.

Director United Sikhs Mejinderpal Kaur informed that Raghbir singh , 40 years old has 4 children aged 15, 13, 10 and 3 years. She said that the Peshawar chief minister’s advisor, Haroon Bailour, visited Raghbir Singh’s family and assured them that the government will do its best to secure his release within three days.

“The Sikh community cannot be complacent about this assurance as Mahinder Singh, who was kidnapped in the same area in November last year, was found beheaded and decapitated two month’s later. ” she.While condemning the incident UK based advocate and right activist Jes Uppal said that right groups in Pakistan should take up the issue of safety of minorities including Sikhs in Pakistan. “I am hopeful that Pak government will ensure safety of all minorities” she said.Advisor Sikh Awareness Society, UK, Ashish Joshi said, ” These extremist groups are prejudiced towards Sikhs and Hindus whom they see as ‘Kaffirs’ and are attempting an ethnic cleansing of minorities from Pakistan – to finish off what was not completed in 1947″ while suggesting that such acts should not be tolerated.