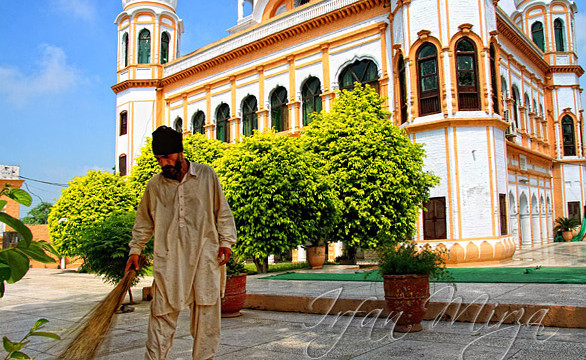 Amritsar, Punjab: Giving impetus to the TOI campaign “Endeavour for Passage to Kartarpur,” organizations rooting for the corridor vouched to launch a movement for devotees, who are at the fag end of their lives, but don’t have the means or passports, to help them fulfill their desire to pay obeisance at the historic Sikh shrine in Pakistan, barely 4.5 kms from the Indian border.

Founder of Sangat Langah Kartarpur, B S Goraya, told TOI that he had been working since 2001 towards realizing the dream of followers of Guru Nanak to visit Kartarpur Sahib at least once in their lifetime. “We have been meeting elderly people and conveying their feelings to Punjab and Indian governments through various channels. However, their number has been continuously waning, so we will intensify our efforts at seeking a hassle-free yatra (journey) to Kartarpur Sahib at least for those remaining elderly souls, pending building of the corridor,” he said.

Goraya said there were thousands of people who didn’t have passports or enough means to visit Pakistan, but had a heartfelt desire to pay obeisance at Gurdwara Kartarpur Sahib at least once before they die.

He suggested that the government could issue temporary permits to devotees, who were without passports. “I don’t think Pakistan government will refuse elderly persons to visit the gurdwara,” he expressed hope.

Echoing Goraya’s sentiments, Dera Baba Nanak MLA Sukhjinder Singh Randhawa said he would personally take up the issue of elderly people, who earnestly wish to undertake the pilgrimage to Gurdwara Kartarpur Sahib, with the Union government.

“If not the corridor, at least we should be able to ensure a visit to Kartarpur Sahib for the aged, who don’t have the means or passports, before they complete their lifespan,” said the legislator.

Randhawa had launched a struggle for the corridor in 2003 and had also been instrumental in constructing a tarmac road to the international border for the convenience of devotees.

Harpal Singh Bhullar, president of Bhai Mardana Yadgari Kirtan Darbar Society, who has been taking Sikh jathas (groups) to Pakistan on various religious occasions, said, “Many elderly Sikh and Hindu devotees, who don’t have passports, come to us for taking them to Kartarpur Sahib. It is very sad that we can’t help them due to the clearly laid down procedures for international travel.”

He said his society would write to the Centre to take up the issue of allowing aged devotees to visit Kartarpur Sahib on humanitarian grounds with the Pakistan government by giving them a one-time exemption to travel without passport and visa.

Mehanga Singh, 83, who has been yearning to see Gurdwara Kartarpur Sahib, had a glimmer of hope when he was told about some organisations making efforts to enable senior citizens visit the place without mandatory travel documents. “Due to their efforts, I may be able to visit Kartarpur Sahib before I finally close my eyes,” he remarked.

Previous: Sikh devotees held on way to Haridwar
Next: Sikh man to get compensation in religious discrimination case 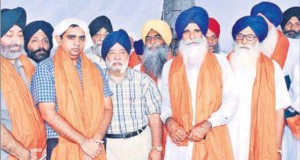 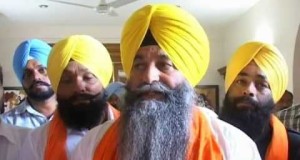