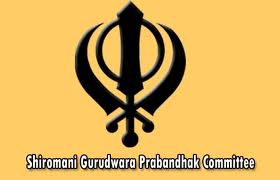 SGPC, the biggest landlord in this part of the country

Comments Off on SGPC, the biggest landlord in this part of the country 1,755 Views

Chandigarh: Guess who is the biggest landlord in this part of the country? It is not any political or business family, but the Shiromani Gurdwara Parbandhak Committee (SGPC), the elected supreme religious body of the Sikhs.

Owning a whopping 13,000 acres of agricultural land in various parts of Punjab and Haryana, the SGPC is also one of the biggest litigants of the region. A major part of its land is under illegal occupation. As such, the committee is engaged in numerous legal battles to get the re-possession of the land that it claims to be its own. While 9,000 acres of the land is in Punjab, the rest is in Haryana. Of the entire area, 3,300 acres is under litigation due to alleged illegal occupation by farmers and other parties.

Among the SGPC’s biggest tracts of land are the Gurdwara Baba Budhaji Ramdas in Amritsar (over 1,400 acres), the Gurdwara Dera Baba Nanak Sahib in Gurdaspur (over 500 acres) and the Gurdwara Chohla Sahib (350 acre).

The SGPC earns around Rs 30 crore annually as contract money from the land it has leased out to farmers and other parties — the amount is a pittance given the huge land-holding. How the SGPC got such huge chunks of land? There has been a tradition in Punjab to donate land to gurdwaras, a practice that started during the tenure of Guru Nanak Dev. The largest-donated tract perhaps is in the name of Gurdwara Janam Asthan, Nankana Sahib (now in Pakistan).

As the SGPC manages 79 gurdwaras directly — has indirect control over 197 gurdwaras — in Punjab and Haryana, the control of the land donated to these bodies rests with the committee.

At some places, the land ownership is even entrusted with the Sri Guru Granth Sahib and the ‘Loh Langar’ (community kitchen).

SGPC president Avtar Singh said a special campaign had been launched to get re-possession of the committee’s land and to increase the lease money. For instance, he said, the lease money of the Gurdwara Dera Baba Gandha Singh near Barnala had been increased from Rs 7,700 per acre earlier to Rs 30,000 per acre. “We intend to lease out the land through open auction as it will generate more revenue,” he said.

At a few places, the SGPC has utilised its land for setting up of schools, colleges and other educational institutions. It has also developed orchards (like in Talwandi Sabo) and forests at certain places. It also has plans to develop a 50-acre agriculture research farm near Ludhiana to facilitate the students of agriculture-related subjects in the colleges managed by the religious body.