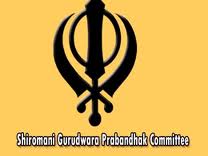 Amritsar, Punjab: The Sikh Gurdwara Parbandhak Committee (SGPC) has terminated the services of two of its employees, identified as store keeper Sukhjit Singh and his assistant Parwinder Singh, for allegedly siphoned gurdwara funds on the pretext of purchasing cloth for siropas (robe of honour).

It is learnt that the SGPC has directed the two to return the money with 18 per cent interest, applicable from the date when the scam was discovered 18 months ago.

Working with the SGPC for over two decades, the employees were earlier placed under suspension following discrepancies in the purchase of 65,000 metres of saffron cloth.

Talking to The Tribune, Manjit Singh, additional secretary and personal assistant to the SGPC president, Avtar Singh Makkar, said the decision to dismiss both the employees was taken at the SGPC’s executive committee meeting held recently.

He said the two had been asked to deposit the embezzled amount in the SGPC exchequer, along with the interest accrued.

“The employees were given an opportunity to respond to the allegations levelled against them. They failed to give a satisfactory reply to the sub-committee tht was especially constituted to investigate the matter,” Manjit Singh said. No employee caught embezzling gurdwara funds would be spared, he warned.