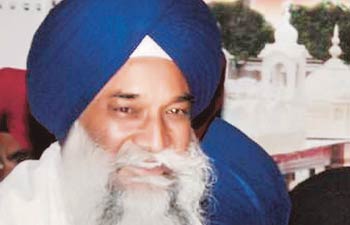 SGPC member in dock, yet again

Comments Off on SGPC member in dock, yet again 470 Views

Muktsar, Punjab: A year after being penalised for attending a Dera Sacha Sauda congregation, Shiromani Gurdwara Parbandhak Committee (SGPC) member Navtej Singh Kauni has been summoned again by the Akal Takht for the same ‘offence’.

Kauni, SGPC member from Doda (Muktsar), was found present at the dera congregation at Bhullar village on May 16 during campaigning for the zila parishad and block samiti elections. A member of the ruling SAD, he will appear before the Takht on Friday.

The Akal Takht had issued a diktat to all Sikhs to boycott Dera Sacha Sauda after the sect head, Gurmeet Ram Rahim Singh, allegedly hurt Sikh sentiments by wearing an attire similar to that of Guru Gobind Singh in 2007.

Kauni not only interacted with dera followers but also lobbied hard to secure the ticket for the zila parishad poll (Kauni zone) for dera follower Lal Singh, who is also on the 15-member district-level committee of the dera in Muktsar.

Earlier, he had attended a dera congregation in December 2011, a month before the Punjab assembly elections. His efforts had proved futile as the SAD lost the Gidderbaha seat.

Kauni appeared before the Akal Takht in April 2012. He was ordered to clean utensils in the langar hall of Harmandar Sahib for 15 days. He had also vowed to follow the Takht diktat.

Akal Takht jathedar Gaini Gurbachan Singh confirmed that Kauni had been summoned for repeating the ‘offence’. “He has been called to give an explanation,” he said.