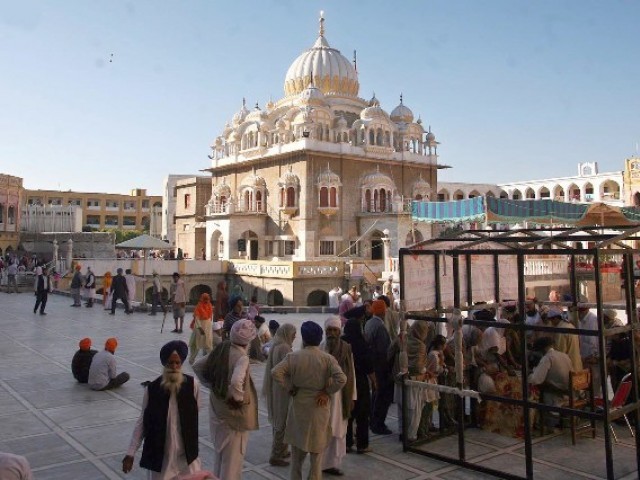 Amritsar,Punjab: The Shiromani Gurdwara Parbandhak Committee (SGPC) has welcomed the reported decision of the Pakistan government to grant the holy city status to Panja Sahib, one of the holiest Sikh shrines associated with Guru Nanak Dev, in Pakistan.

In a release issued here on Saturday, SGPC chief Avtar Singh Makkar welcomed the announcement made to this effect by Arif Chaudhary, chairman of the Indo-Pak Friendship Association, at Chandigarh during his meeting with chief minister Parkash Singh Badal.

Makkar said this was a welcome step and would certainly add a new dimension to the Indo-Pakistan friendship efforts. He said the SGPC had constantly been approaching the Pakistan government seeking permission for the maintenance of gurdwaras and monuments of Sikh historical importance, but so far these efforts have not yielded results.

“We will again approach the newly elected Prime Minister, Nawaz Sharif, on this subject,” he indicated.

HAILS FIFA CLEARANCE ON HEADGEAR
The Shiromani Gurdwara Parbandhak Committee( SGPC) has welcomed the clearance given by FIFA, the world soccer governing body, on allowing Sikh players to support their headgear (patka) while playing soccer matches.

Welcoming the move, SGPC chief Avtar Singh Makkar said, “The ruling by FIFA has come as a relief for a large number of Sikh players who wear headgears while playing.” FIFA has allowed players to support headgears matching the colour of their jerseys.

Makkar said the ban imposed on wearing of headgears by Sikh players by the Quebec Soccer Federation had shocked the Sikh community worldwide. The career of a number of aspiring soccer players was being threatened by this insane ruling, he added.

SGPC TO CELEBRATE AMRITSAR FOUNDATION DAY
The Shiromani Gurdwara Parbandhak Committee (SGPC) will celebrate the foundation day of Amritsar city on July 5-6, focusing on religious programmes and the environment.

SGPC chief Avtar Singh Makkar said here on Saturday that special religious programmes would be organised on this day in the city, which was founded by Guru Ram Dass, the fourth guru. He said as part of these celebrations, the focus would be on cleanliness and environment. He said on this day, the SGPC would focus on planting trees in coordination with EcoSikh, a US-based NGO.

Previous: Sikhs For Justice to Challenges Dismissal of Parkash Badal
Next: Paramjit Sarna fails to appear before Akal Takht