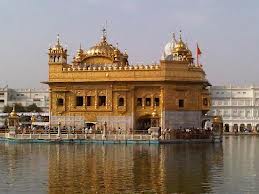 Amritsar, Punjab: The SGPC has deposited a court fee of Rs 10 crore in the 28-year-old legal battle seeking Rs 1,000 crore in compensation from the Union Government for the damages caused to the Golden Temple during the 1984 Operation Bluestar.

SGPC president Avtar Singh Makkar said they had deposited the fee in the Delhi High Court, which admitted their plea and fixed the next date of hearing in October.

He said the court had issued notices to the Union and Punjab governments in this regard. The SGPC would contest the case right to the end and would not hesitate moving the Supreme Court, he added.

The high court started hearing the case in January and directed the SGPC to first deposit Rs 10 crore if it wanted to pursue the case.

In March, the SGPC informed the court that it was withdrawing the lawsuit. The committee had filed a three-page affidavit in the court saying the SGPC executive had decided to withdraw the suit.

The SGPC stated that it would be a “sheer waste of money spent on court fee, which is the hard-earned money donated by devotees” if the case was decided against it.

The SGPC move created a furore in the Sikh circles with various leaders contending that it should fight the legal battle for the pride of the community instead of seeking Rs 1,000 crore in damages.

Subsequently, the premiere Sikh body went back on its decision and submitted a plea in the court in April, expressing its intent to carry on with the legal battle against the Union Government.

The SGPC counsel told the court they wanted to pursue the suit and were willing to pay the court fee. Acting on the plea, the high court asked the SGPC to pay the fee before May 15. The SGPC had first filed the case in an Amritsar court in 1985, but it was later transferred to the Delhi High Court.

The SGPC files the case in Amritsar court in 1985 seeking Rs 1,000 cr in compensation for damages caused to the Golden Temple during Op Bluestar; the case is later transferred to the Delhi HC

In March, the SGPC expresses helplessness in paying the fee

After drawing criticism, the SGPC asks the court in April to allow it to carry on with the legal battle

Previous: Damdami Taksal prepares for show of strength
Next: To save sheen of Golden Temple, check air pollution: experts