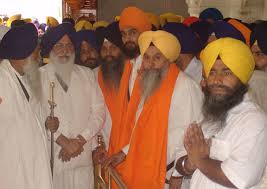 Amritsar, Punjab: Radical Sikh outfit Dal Khalsa today alleged that the Sant Samaj demand that Akal Takht must revert to the Bikrami calendar from the Nanakshahi calendar was an attempt to derail Gurbakash Singh Khalsa’s agitation to secure the release of six Sikh detainees who had served their sentence.

In a statement, Dal Khalsa chief HS Dhami said the calendar issue had the potential to divide the Sikh community and raising the issue at this juncture pointed to an insidious design.

“Wittingly or not, the Sant Samaj has brought the controversial calendar issue to the fore to divert the attention of the Sikhs from the key issue of Sikh detainees,” he alleged.

The Sant Samaj must wait till the issues raised by Gurbakash Singh were resolved, he said.

On the General Brar case verdict, Dal Khalsa spokesperson Kanwarpal Singh said: “In the name of justice, injustice has been done to those convicted. The British Government must intervene in the matter.”

He said the sentence awarded to the four persons found guilty (from 11 years to 14 years) was just too harsh. 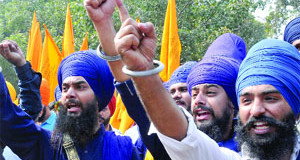