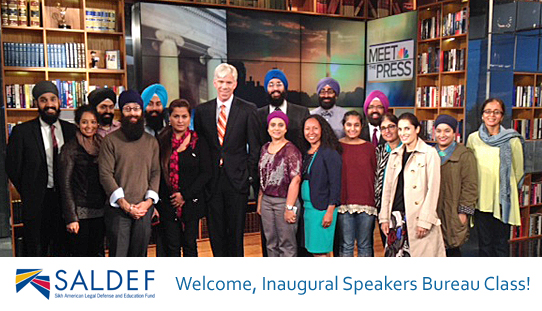 Washington D.C., US: SALDEF is proud to announce the roll-out of our historic new media initiative on behalf of Sikh Americans. This nationwide initiative will harness the power of digital and traditional mainstream channels to educate the U.S. media and public about Sikh Americans and the Sikh faith.

Specifics of the initiative are exciting and well underway!  Among them:

Highlights of the Speakers Bureau training: