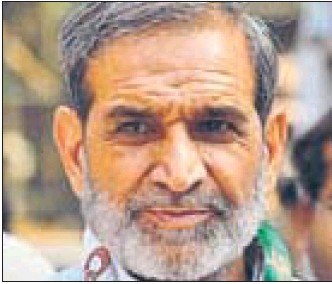 New Delhi: A Delhi court on Wednesday dismissed Congress leader Sajjan Kumar’s plea seeking to drop nine CBI witnesses in a 1984 Sikh genocide case in which he and three others are facing prosecution.

District judge JR Aryan rejected the plea of accused Kumar, Brahmanand Gupta, Peru, and Ved Prakash who had sought removal of the CBI’s witnesses, claiming they were “irrelevant”. The court also fixed January 10, 13 and 15 for commencing the trial in the case by recording of the prosecution evidence.

While dismissing the plea of the accused, the court said it was for the CBI to see which witnesses were to be produced to support its case.

The CBI had earlier said though the chargesheet pertained to the killing of six persons, it was only restricting the charge relating to the murder of Surjit Singh and not of other deceased persons in respect of whom the trial had already taken place. Kumar’s counsel had said the CBI had filed a consolidated chargesheet of three separate FIRs and the nine prosecution witnesses, who are not related to the murder of Surjit Singh, should be removed. He had said three separate FIRs were registered for the murder of six persons but if the CBI was restricting its case to only one murder, then the witnesses who are not related to this murder should be removed.

The CBI had, however, opposed the plea, saying that it was for the agency to decide who are relevant or irrelevant witnesses and whom they want to remove.