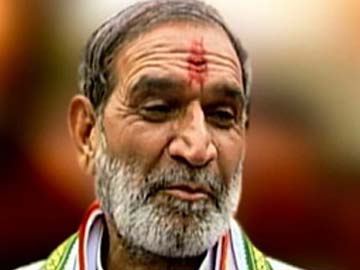 New Delhi: The Supreme Court today adjourned till November 18 the hearing on Congress leader Sajjan Kumar’s plea for quashing the charges framed by the trial court against him for inciting a mob to kill six persons in Sultanpuri area of Delhi during the 1984 Sikh Genocide.

A Bench comprising Justices AK Patnaik and JS Khehar deferred the hearing on Sajjan’s plea for taking up the case towards the end of the day. Since the Bench was scheduled to sit only for the pre-lunch session, it said it would hear the case next Monday. Appearing for the victims, senior advocate Dushyant Dave took exception to the delaying tactics being adopted by the Congress leader. “The community has been waiting for justice for 30 years. Every time, their (Sajjan and other accused) strategy is to ask for a pass over (hearing towards the end),” he said.

“If the Supreme Court had not stayed the Gauhati High Court verdict and restored CBI’s legal status, they (counsel for Sajjan Kumar) would have been keen on the hearing of their case today,” the Bench remarked. It did not elaborate.

Sajjan Kumar is seeking quashing of the charges against him, contending that he had been acquitted of inciting rioting mobs in respect of about 60 killings and he could not be tried for the same offence again in connection with the Sultanpuri incidents.