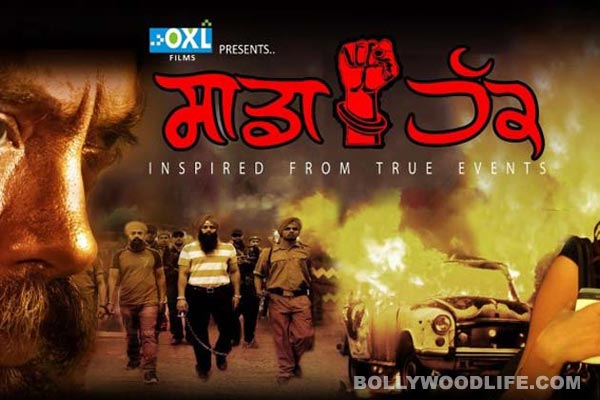 Comments Off on Sadda Haq ban: making a mockery of truth 467 Views

First of all, let us clarify that we are not referring to the AR Rahman’s hit song from Rockstar. That’s so 2011We are talking about Mandeep Benipal’s Punjabi film Sadda Haq that was due to release last Friday but was banned at the last minute by the governments of Punjab, Haryana, Jammu & Kashmir and Delhi on the grounds that it might fan the flames of communal disharmony. This is Benipal’s second film after 2010’s superhit Ekam: Son of Soil. Sadda Haq is a cinematic look at the separatist movement in the Punjab from the militants’ point of view and is purportedly based on true events.

The film has had a troubled journey. It was initially refused certification in November 2012 by the Central Board of Film Certification (CBFC). The filmmakers sought the help of the Shiromani Gurdwara Parbandhak Committee (SGPC), an adjudicating body for matters pertaining to the Sikh community, and duly received a letter of support, following a special screening for a five-member committee. On this basis the CBFC cleared the film for general release with a U certificate, but the state governments decided to ban it anyway.

Meanwhile, the SGPC did an about face and decided to support the ban. SGPC chief Avtar Singh Makkar said, “In future we will take precautions while giving our opinion on any film dealing with controversial subjects related to the Sikh community. I acknowledge that we made a mistake by giving a letter of support for its release to the makers.” And in a show of unity rarely seen in parliament, all political parties have closed ranks against the film. Could be that Benipal has portrayed the truth and the political parties cannot handle the truth. One of the parties most vociferous against the film is the Shiv Sena. In a delicious twist of irony, Sadda Haq is playing in Mumbai, the so-called Sena stronghold.

The movie released without incident in the UK, US, Australia and Canada and is playing to packed houses. In the UK, Sadda Haq has already collected Rs 74 lakh from just eight screens and in the US and Canada Rs 55 lakh from 21 screens.

There is no point banging on about freedom of expression in India, because there just isn’t any. It is however time to take a good long look at the CBFC. Why does it exist at all if its rulings can be routinely countermanded by state governments like what happened with Vishwaroopam? Good news is at hand though. Union Minister for Information and Broadcasting Manish Tewari has made clear his displeasure about this unilateral high-handedness of state governments and set up a committee to look into the matter. And unlike the creaking old committees of yore, Tewari has demanded a report and a solution pronto.

We also hold out a Utopian hope that if factions and state governments decide to ban a film, a new law be enacted wherein the people responsible for the ban be forced to pay the filmmakers at least triple the film’s budget. And pigs will fly…