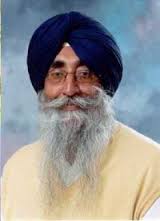 Fatehgarh Sahib, Punjab: Addressing a political conference of the SAD (A) here today, its president Simranjit Singh Mann said it was unfortunate that even after 29 years, justice had not been delivered in the Sikh genocide case whereas Sikh detainees who had completed their punishment were still lodged in jails.

He said if all the detainees were not released, there would be a great resentment among the Sikhs. He said the Union Government was provoking China and Pakistan for a war in which case the state would suffer a huge loss. Mann asked Chief Minister Parkash Singh Badal to make public the three ministers who had been named by drug lord Jagdish Bhola. He alleged that Badal was trying to hush up the case by expressing ignorance on the matter.

He said minorities would not be safe under Narendra Modi who had “evicted” a large number of Sikhs from Gujarat. Mann also criticised Prime Minister Manmohan Singh for issuing a stamp in memory of former Chief Minister Beant Singh.

Mann demanded strict action against those committing crime against women. He welcomed the SC ruling on gay sex.

Previous: Sangat from Perak, Malaysia, Supporting Bhai Gurbaksh Singh Khalsa Ji. Great to see Malaysian sangat coming along to support.
Next: Will not end fast till all detainees let off: Khalsa