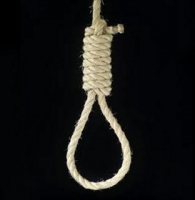 Comments Off on RECENT HANGINGS A MAJOR STEP BACK IN INDIA: WORLD SIKH ORG. 400 Views

Ottwa,Canada: – The hanging of Afzal Guru on February 9, 2013 and the previous hanging of Ajmal Kasab in November 2012 are a major step back for human rights in India according to the World Sikh Organization of Canada.

The hangings marked the end of an eight year unofficial moratorium on the death penalty in India.
Afzal Guru was convicted for providing logistical support to those involved in the attack on the Parliament building in New Delhi on December 13, 2001, while Ajmal Kasab was convicted of taking part in the 2008 Mumbai terror attacks.

Serious concerns have been expressed by many in India over lapses in procedural fairness in the Afzal Guru case. Guru did not receive proper legal representation and he claimed that his confession, which he later retracted, was extracted under torture. It has been alleged that Guru’s court-appointed junior lawyer did not visit his client even once in jail. No prosecution witness was cross-examined nor was any defence witness presented.

Guru’s appeal for clemency was rejected by President Pranab Mukherjee on February 3. According to reports, Guru was informed of the decision a few hours before his execution and Guru’s family in Kashmir was informed via “speed post” which arrived two days after the hanging was carried out. As a result, Guru was not afforded the opportunity to meet with his family for a final time.

The World Sikh Organization of Canada has previously called on India to join the more than two thirds of countries in the world which have abolished capital punishment.

WSO senior policy advisor Gian Singh Sandhu said, “while terrorist attacks are absolutely reprehensible, capital punishment, or state sanctioned murder, is not the solution. Given the significant procedural fairness lapses that are alleged to have taken place in the Afzal Guru case, this execution raises serious questions over the administration of justice in India.”

WSO President Prem Singh Vinning said, “the two recent executions in India of Ajmal Kasab and Afzal Guru reflect a disturbing pattern. The executions have taken place in relative secrecy and have appeared to be motivated, at least in part, by partisan politics. India should immediately reinstate its moratorium on the death penalty and begin the process of abolishing capital punishment.”