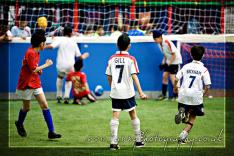 Ottawa, Canada:It was with great relief on Saturday June 15th that the Sikh community welcomed news from Quebec that the Quebec Soccer Federation (QSF) would be lifting its ban on the turban. The World Sikh Organization of Canada had been working tirelessly since 2011 to address the issue and was honoured to be the voice of the Sikh community as debate raged across Canada and the world about the ban.

WSO first spoke against restrictions on religious headdress in Quebec in 2007 when Azzy Mansour was told she couldn’t play with her hijab. In 2011, WSO wrote to the QSF asking it to permit players and referees to wear the hijab and expressed concern that Sikh players were also beginning to face obstacles in wearing the turban in Quebec.

In June 2012, Aneel Samra was told he could not wear the turban on the soccer pitch in Lasalle Quebec and the turban ban began to be enforced province-wide. WSO reached out again and attempted to initiate a dialogue with the QSF to resolve the issue.