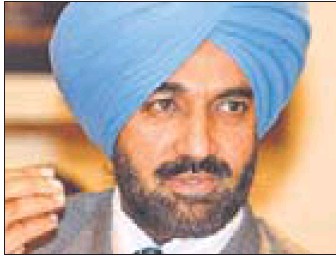 Patiala, Punjab: The Punjab government’s ‘publicity-oriented’ drive after the natural disaster in Uttarakhand has been disastrous right from the beginning. The assault on senior IAS officer Kahan Singh Pannu, video clips of which went viral on YouTube, has exposed the public anger brewing among stranded pilgrims, especially from Punjab, against the Parkash Singh Badal regime.

Much before the state government began taking part in the task of evacuating thousands of people who were undertaking pilgrimage to the Sikh shrine of Hemkunt Sahib or various temples in Uttarakhand, the spin masters’ chest-thumping strategy to hog the limelight from the tragedy had started boomeranging beyond measure.

When the tragedy struck Uttarakhand, chief minister Parkash Singh Badal and deputy chief minister Sukhbir Badal were holidaying abroad. And a disaster was created back home by the mandarins by resorting to a publicity blitzkrieg in an apparent bid to appease their political masters.

While a team of officials led by Pannu, including deputy inspector general (DIG) Khubi Ram, took a day to settle down before they could start the rescue operation, the Punjab government began claiming that the operation had begun in full swing and that stranded passengers were being evacuated by the chopper hired by the state government.

Contrary to what the government was claiming, the reality was that for the first three days (June 19 to 21), the chopper didn’t even make a single sortie due to various reasons and remained grounded at the Jolly grant airport in Dehradun. Thus, the information feeds sent to media houses by the state government authorities told an entirely different story from the actual occurrences at ground zero.

Also, except Pannu, other bureaucrats from Punjab — IAS officers Venu Parsad, Sumer Singh Gurjar and IPS officer Khubi Ram — could not go beyond Rishikesh. The devastation occurred 300 km away in Chamoli district. A large number of truckloads of ration and groceries were reported to be sent from Punjab and langars were offered at a number of places. But the stranded pilgrims were seen suffering from hunger.

“I don’t know where Khubi Ram is. But I am doing my job with dedication to bring every Punjabi home,” Pannu told HT on the phone. He said he didn’t want to pursue any action against those who assaulted him at Gobind Ghat on Monday.

“I am on a mission to serve the humanity and would not like to make anyone face action even if I had to suffer,” he added.

Pannu is returning back to Punjab after spending almost 10 days in Uttarakhand. Harminder Singh, a resident of Bhadson, who is still stranded at Gobind Ghat, said: “Most of the pilgrims from Punjab are upset over the false claims the state government has been making. All of us were saved by the army, while the Punjab government is only providing buses for taking us back home.”

To add insult to injury of the people braving all odds, the Punjab government kept claiming that the CM and his deputy, who were on a foreign tour, were closely monitoring rescue operations. The government again claimed that Badal cut short his foreign visit in the wake of the Uttarakhand disaster, but actually, official sources say, Badal came to attend Gujarat CM Narendra Modi’s rally in Madhopur. What’s worse, Sukhbir continues to remain abroad. Members of the Gurdwara Hemkunt Sahib Trust (Uttarakhand) reported of inappropriate rescue arrangements by the Punjab government.