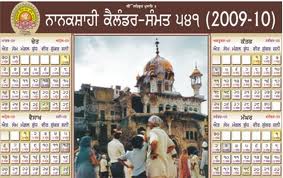 Preachers should spare a month for Sikh Panth

Phagwara,Punjab: Akal Takht on Monday urged the’pracharaks’ or preachers to “donate time” by sparing a month every year for the Sikh Panth in order to take the message and philosophy of Sikhism to every house.
Gurbachan Singh, head of the top temporal seat of the Sikh community, made the call while addressing the valedictory function of the three-day ‘Naam Simran Gurmat Samagam’ here.

“Those ‘pracharaks’ who can afford to donate time and have fulfilled family responsibilities should volunteer to spare one month for Panth”, Singh said.

“This type of donation of time, along with traditional donations, was necessary for carrying the message of Sikhism to different places the world over, saving our youths from apostasy, drugs and other evils and for respecting women, especially the girl child”, he said.

He also urged the entire Sikh community to commit itself to Akal Takht, adding that the results of the recent elections of Delhi Sikh Gurdwara Management Committee (DSGMC) were a “slap on the faces of all those forces which had made sinister attempts to erode the supremacy of Akal Takht”.

“Certain forces were always on the lookout to marginalise Sikh institutions, including Akal Takht, in order to weaken Sikh community but they will never succeed in the nefarious designs”, he said.