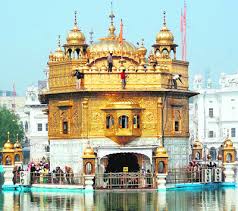 Pollution around Golden Temple to be curtailed

Amritsar, Punjab: To keep the Golden Temple environs pollution-free, the state government will soon install an ‘air control monitoring station’ worth Rs 1.5 crore at the shrine.

It will also set up a power substation to ensure uninterrupted supply in the shrine’s vicinity to check the use of generators that lead to pollution.

After a meeting with officials of the SGPC, PPCB, MC, PSPCL and the police here today, Deputy Commissioner Ravi Bhagat said the government, along with the SGPC, had decided to initiate various measures to check pollution in the shrine’s vacinity.

He said the ‘air control monitoring station’ would monitor the pollution level. More battery-operated vehicles for carrying pilgrims were in the pipeline. Already, the movement of vehicles more than 15 years old within the walled city had been prohibited in a bid to check pollution, he said.

The DC said the traffic police too had come out with a plan to reduce congestion on roads leading to the Golden Temple.

Instructions, prohibiting any new industry within a radius of 2-km of the Golden Temple had been issued while it was being ensured that the existing industry followed pollution norms. The MC officials had been directed to ensure that all approach roads to the Golden Temple were clean and free of encroachers.

Dalmegh Singh, SGPC secretary, said they were constructing a ‘langar’ hall at a cost of Rs 17 crore that would be pollution- free. It would come up within 18 months.

Previous: Moga clash: Akali leader trying to broker peace
Next: Sikhs to report airport abuse via smartphone app in US