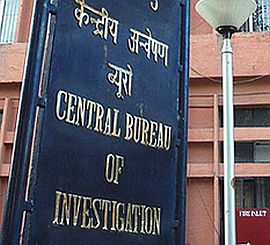 New Delhi: Central Bureau of Investigation (CBI) on Friday alleged that the Delhi Police had failed to act against the main culprits and had tried to shield the accused in the 1984 anti-Sikh Genocide case in which Congress leader Sajjan Kumar along with others is facing trial in a court here.

Continuing the final arguments, senior advocate RS Cheema, who appeared for the CBI, told District Judge JR Aryan that the two Delhi Police officials who had deposed as defence witnesses in the case were not “reliable.”

“Whatever action was taken by the Delhi Police was taken against the people who helped the Sikhs. Police did not take action against the main culprits. No policeman was recording complaint during the Genocide. They were not helping the victims. They were trying to shield the accused,” he said.

Sajjan Kumar is facing trial along with five others — Balwan Khokkar, Kishan Khokkar, Mahender Yadav, Girdhari Lal and Captain Bhagmal — for allegedly inciting a mob against the Sikh community in Delhi Cantonment area.

The case relates to anti-Sikh Genocide that had broken out after the assassination of the then prime minister Indira Gandhi on Oct. 31, 1984.

“Even the police officials, who were defence witnesses in the case, had said in their statements that they had not seen anything during the Genocide,” Cheema argued.

He said that this showed the police was only interested in “discrediting” the statement of eyewitness and complainant Jagdish Kaur and to give “clean chit” to Sajjan Kumar.

“They (police) were not ready to investigate the incident as per law,” Cheema, who is likely to conclude arguments on March 18, said.

He referred to the statement of defence witness Chajju Ram, a police constable, in which he had deposed that he was on duty during those tumultuous days and did not come across any report of any killing or rioting in the Raj Nagar area.

Cheema argued, “The witness (Chajju) had said that he did not come across any violent activity in the area on Nov. 1, 2 and 3, 1984. No incident of violence is mentioned between Nov. 1 to Nov. 5. He had also stated that Sajjan Kumar had not come to the police post in his presence on Nov. 2, 1984.

“On the other hand, according to GT Nanavati Commission report, the figures show 341 persons were killed, while 385 houses, 110 shops and 45 vehicles were burnt.”

The CBI counsel also referred to the statement of another defence witness Delhi Police inspector Sunil Vashisht, who was earlier the investigating officer in the case, saying he neither went to the Genocide affected area nor took the statements of victims and witnesses.

“Vashisht was the investigating officer for 2-3 years and he says in his deposition that he never went to the area after the Genocide,” he said.

CBI had earlier told the court there was a conspiracy of “terrifying proportion” between Kumar and the police during the riots. It had said the police had kept its “eyes closed” to the wide-spread violence.

The counsel for the accused had earlier contended that there were several contradictions in the statements of the witnesses. They had questioned the “conduct” of Jagdish Kaur.

The case against Kumar was registered in 2005 on a recommendation by Justice GT Nanavati Commission. The CBI had filed two chargesheets against him and others in January 2010.   The trial court had in May, 2010, framed charges against Kumar and five others under Sections 302 (murder), 395 (dacoity), 427 (mischief to cause damage to property), 153A (promoting enmity between different communities) and other provisions of the IPC.