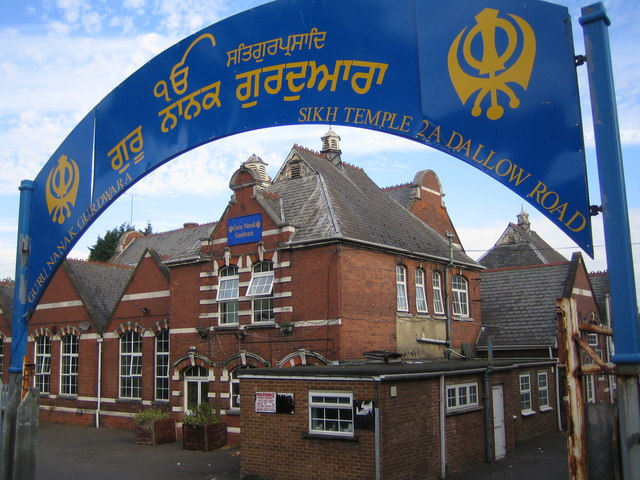 Pizzas and chips served at langar in UK gurdwaras

In tune with the times, langars at gurdwaras in the UK have moved on from black or yellow dal (cereals) or wheat-flour chapaatis (breads).

Guru Nanak Gurdwara at Smethwick in Birmingham displays on a notice board at its entrance that a langar (free kitchen) of pizzas and chips is served on its premises every Monday and Saturday from 5-8 pm. The message is listed in both Punjabi and English.

Sikh Council UK, an affiliation of nearly 150 gurdwaras and various other Sikh organisations in England, believes that the move is in keeping with the modern times and there is nothing wrong in it as long as the langar was served with respect and devotion.

In India, Delhi Sikh Guru dwara Management Committee (DSGMC) president Manjit Singh GK, who has returned to India, after leading a 8-member delegation to gurdwaras in the UK and Dubai, has said that he still stood for the traditional langar, comprising dal and roti.

Head of political engagement of the Sikh Council in UK, Gurinder Singh Josan, told HT that the serving of chips and pizzas in Smethwick Gurdwara started a year ago. However, at other gurdwaras in the UK, it had been on for years.

“Pizzas and chips have been part of a langar meal for the younger generation here for some time. Senior devotees also like these equally well,” Josan added. Executive member of the council Gurdial Singh Atwal, the city councillor from Birmingham, said that on Baisakhi, more items are added to the menu for more than 1-lakh Sikh devotees. “All items, including pizzas and chips are prepared in the gurdwara community kitchen,” Atwal added.

In the UAE, Dubai’s Guru Nanak Darbar gurdwara has also had to alter the traditional way of preparing the langar. “The UAE authorities do not allow us to cook in the gurdwara to ensure hygiene. We have decided to engage a caterer to serve the langar. We place the the food items on a table. Devotees assemble and help themselves,” said general manager, SP Singh.