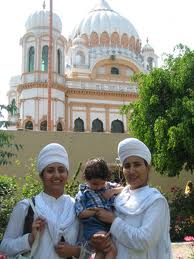 Comments Off on Pilgrims want corridor to Pakistan shrine 644 Views

Dera Baba Nanak, Punjab: The formation of a new government in Pakistan may have brought about a thaw in relations between the neighbouring countries, but residents of this border district want more.

They want a 4-km-long corridor constructed so that pilgrims do not have a harrowing time paying obeisance at the Kartarpur Sahib Gurdwara in Pakistan.

The distance between Kartarpur Sahib in Dera Baba Nanak and the gurdwara by the same name located in Shakargarh tehsil of Nanowal distrct of Pakistan is less than 4 km. But, pilgrims have to travel 237 km for paying obeisance at the shrine in Pakistan.

Residents, particularly Sikhs and senior politicians, cutting across party lines, claim they have been urging the Central Government to take up the issue with the Pakistan government. “The project, which could act as a catalyst in bringing both the nations together, has been hanging fire for 15 years. Once a part of the composite peace process, this vital issue was kept on the backburner after the Mumbai attack in 2009,” said Sukhjinder Singh Randhawa, Dera Baba Nanak MLA.

The Kartarpur Sahib shrine in Pakistan has historic significance as Guru Nanak Dev is said to have spent nearly 17 years there, outlining the basic principles of his religious philosophy, which later became the fundamentals of the Sikh religion.

Dr Satnam Singh Nijjar, a Batala-based social activist, said: “At present, pilgrims visit Kartarpur Sahib through the Wagah border. In case the corridor takes shape, it would take a 15-minute journey for the devotees to reach the shrine”.

Former Education Minister Sewa Singh Sekhwan said: “The issue should be taken up at the level of the Union External Affairs Ministry. It holds a lot of significance for the Sikh community as it concerns the religion’s founder Guru Nanak Dev who sanctified this place with his holy presence”.

“The matter should be treated on a priority since it has the potential to bridge the gap between the two countries,” Sekhwan added.

Previous: All pilgrims stranded at Gobind Dham evacuated
Next: Help pours in for victims 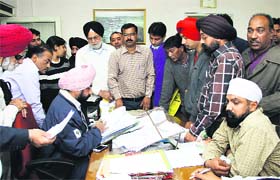 Kashmir problem a hurdle in corridor to Pak gurdwara: Wadala 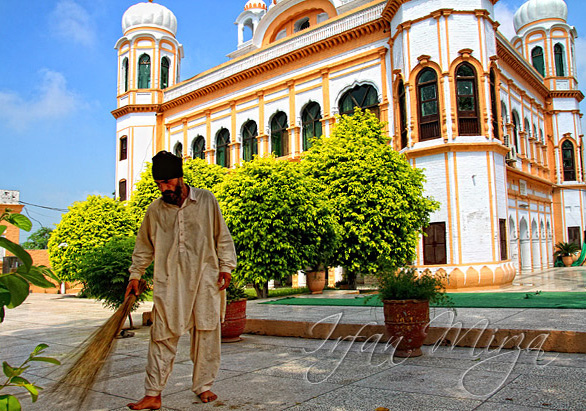 Kartarpur Sahib in Pakistan is like Medina for Sikhs