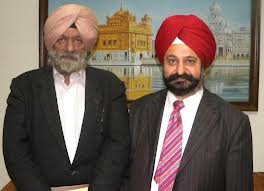 Patiala, Punjab: Over one lakh Sikhs in addition to a large number of Punjabis settled in Malaysia will get the opportunity to learn Punjabi with special efforts being made by the Punjabi University to reach out to their steps. This has been stated by the university’s Vice-Chancellor Dr Jaspal Singh following his five-day trip to Malaysia where he had gone under a special programme of the Ministry of Foreign Affairs and the Indian Council of Cultural Relations (ICCR), hosted by the Indian High Commission there.

He delivered three lectures on Sikh religion, philosophy and tradition at different locations to apprise the local audience about the importance of Sikh religion and Sikh scriptures.

Dr Jaspal Singh said beyond his lectures, he interacted with a large number of Punjabis, residing in Malaysia, and the Sikhs, belonging to different Sikh organisations working for the promotion of Punjabi with the objective of deciphering their needs, requirements and difficulties that they were facing to quench their urge of knowing Punjabi while sitting at their homes and workplaces. As a consequence of discussions, he said, “I have promised all sorts of academic help and patronage by the Punjabi University in whatsoever way it was possible, in reaching out to them for the cause of promotion of Punjabi language, art and culture.” He said the university would also extend its support in running various courses relating to Sikh religion.