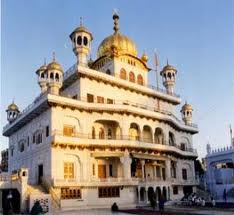 The Takht had summoned Sarna and sought a clarification from him for allegedly creating hurdles in the construction of a memorial dedicated to the victims of the 1984 Sikh genocide. The monument is to come up at Gurdwara Rakabganj Sahib complex in New Delhi.

Harbhajan Singh Walia, SAD (Delhi) secretary general, represented Sarna and handed over a written excuse (sent by Sarna) to the five Sikh high priests. While tendering an apology for his inability to appear before the Takht, Sarna wrote “he will be available to appear before the clergy from July 1-15”.

During their meeting, the high priests deferred their decision on displaying signboards with name of Jarnail Singh Bhindranwale at the Operation Bluestar memorial situated in the Golden Temple complex.

Giani Gurbachan Singh said Sarna’s appeal had been accepted and he had been directed to appear in person during the next meeting. The Takht also accepted a written apology submitted by Punjabi film actor Neeru Bajwa for supporting a religious tattoo. The Jathedar said the SGPC had been directed to deliberate with the state government for making Section 295-A more stern so as to act as a deterrent for those trying to defame the religion.

Clergy no to tattoos

The five Sikh high priests have warned the community members from supporting any tattoo depicting religious symbols. They said the offenders will have to face criminal proceedings under Section 295-A.

Previous: SGPC hails Pak govt’s move to give holy city status to Panja Sahib
Next: The Moth and the Flame