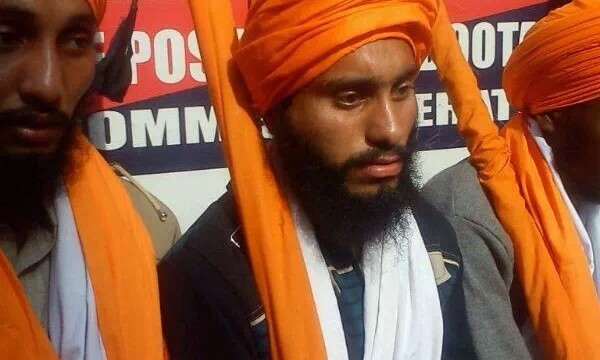 Amritsar, Punjab: The Congress party has sought an unconditional apology from Punjab chief minister Parkash Singh Badal for “humiliating” a ‘Panj-Piara’ (beloved one of the guru), whose turban was removed during a scuffle with police outside the Golden Temple on Wednesday.

The party also demanded that the concerned policemen should be booked for hurting religious sentiments and be suspended without any delay.

The removal of the turban occurred when a group of Sikh community were stopped by police from taking out a march to SAS Nagar from the Golden Temple demanding the release of six Sikh political prisioners, who were behind the bars even after completing their jail terms.

It was due to intervention of Akal Takht Jathedar Giani Gurbachan Singh that the sangat were allowed to go ahead with their march.

Condemning the incident, Punjab Pradesh Congress Committee spokesperson Sukhpal Singh Khaira said it was not for the first time when the turban of a Sikh was tossed and removed by the Badal government. Earlier too, using brute force, the government had tossed the turbans of many protesting Sikh employees and other citizens.

The Akali goons did not even spare senior Sikh bureaucrat Kahan Singh Pannu, in a revengeful manner they not only removed his turban, but also thrashed him, said Khaira in a statement issued here on Thursday.