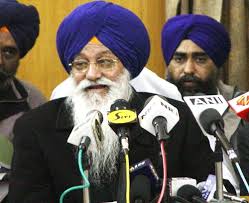 Pak blames SGPC for denial of visas to Sikh pilgrims

New Delhi:  The alleged denial of visas to Sikh pilgrims by Pakistan has sparked a controversy, with Pakistani authorities blaming the SGPC for delay in submitting application forms that apparently caused the rejection. Pakistan officials have clarified to the Sikh body, and also the Indian authorities, that they had actually made an exception for the pilgrims by twice extending the deadline for submission of forms for the pilgrimage starting Wednesday ”to mark the festival of Baisakhi” and yet the forms were not submitted in time.

For the tour, the SGPC was required to submit all forms by February 26. Under the liberalized visa regime signed by the two countries last year, pilgrims need to apply for visa 45 days before the commencement of their journey. The agreement also makes it clear that the visas will be issued at least 10 days before the date of journey.

Pakistani High Commission officials said that they agreed to accept application forms until April 3 considering the huge number of people who wanted to visit Pakistan on pilgrimage. “Visas were given to people who had applied until April 3. These people wanted to travel on April 10, but on April 8 we again received a request for another hundreds of people who wanted to travel on the same day. It was just not humanly possible for the high commission staff to give visas to these many people in only two days,” said a high commission official.

The SGPC claims that a list of 1,400 members of Sikh jathas had been given to the Union government well in time. This list, however, seems to have been forwarded to the high commission only on April 4. Now, the SGPC has cancelled the visit by all jathas.

The visa agreement signed last year introduced for the first time group tourist and pilgrim visas, separate visa for businessmen and visa on arrival for those above 65 years. As per the new agreement, pilgrim visas will be issued to pilgrims intending to visit religious shrines as per the 1974 protocol on visit to such shrines. These visas allow single entry, and have a validity of only 15 days, which cannot be extended.

Source: The Times of India

Previous: Kirpan to be accommodated at BC Courthouses
Next: Investigation of 1984 Sikh Massacre Continues in India