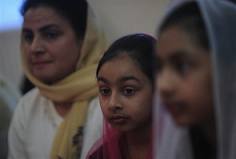 Cambridge,UK: The first Sikh temple in Cambridgeshire has been opened – in a former pub.

More than 100 worshippers and civic leaders gathered yesterday to celebrate the transformation of The Grove in Arbury Court into Cambridge Gurdwara, giving the county’s 700-strong Sikh community a place of their own for the first time.

Cllr Nigel Gawthrope, who represents King’s Hedges on the city council, told the News he was delighted new life had been brought to the building which shut in 2011 after three assaults in one night.

He said: “I think it is a fantastic transformation from what was a trouble spot into a serene environment. It is warm and welcoming.

“From what I can gather there has been a mixed reaction to it amongst the wider community.

“Some people are sad at the loss of a pub but others welcome the fact it is being used by the community.”

Until now, Sikhs have worshipped once a month at nearby Arbury Community Centre, but now they will be able to meet each week.

Trustees also plan to invite community groups to use the gurdwara for meetings and classes.

Dr Jagjit Singh Srai, a trustee of the temple, said worshippers had raised a six-figure sum to fund the works.

He said: “It’s a historic moment for Sikhs in Cambridge because, unlike other parts of the country, where the Sikh population has significantly increased at a particular point in time, the Sikh community in Cambridge has been here a long time with an incremental year-on-year increase.

“We have been a community that has lacked a physical point where we can come together and share with the community, so this provides that.”

Worshipper Mantegh Sethi, 20, a medical student at Cambridge University, was at the opening.

He said: “I think it’s a fantastic facility and for me it is great to connect with my community while I am studying here in Cambridge.”

Among the guests at the ceremony, which was broadcast live on the Sikh TV channel, were Cambridge mayor Cllr Sheila Stuart and the city’s MP, Julian Huppert.

Dr Huppert said: “The Sikh community is a major part of Cambridge life and by allowing us to share their culture and through their contributions they have enriched our city.

“I am delighted to see the opening of the first gurdwara – I know it will bring huge benefits to Cambridge.

“I hope residents will take the opportunity to visit as I know they will be extended a warm welcome.”