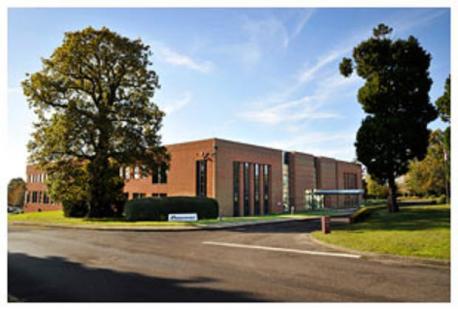 UK: Controversial plans for a new Sikh Secondary School in South Bucks are up for debate with the school’s Trustees at an Open Evening on April 18.

The Slough Sikh Education Trust will update the community, prospective parents or anyone with an interest in the plans for the new school in Stoke Poges, which is scheduled to open in September 2013.

Beaconsfield MP Dominic Grieve will attend the evening, along with Principal Designate, Rose Codling, who will talk about the school’s ethos and aspirations to achieve Ofsted ‘outstanding’ status within five years.

Chair of Trustees Nick Kandola said: “We’re really excited about the potential of Khalsa Secondary Academy to improve the choice for parents and pupils locally and offer an outstanding, non-selective education.

“We want to share our story with people who either want to be a part of it or have an interest in what we are doing.”

Plans for the new school in Hollybush Hill have sparked anger from local residents who argue that it will bring an influx of traffic from Slough and create chaos on the roads.

There are two other schools in the near vicinity and Stoke Poges Parish Council said both Stoke Poges and the nearby villages will suffer as a result of the extra traffic.

Opponents also argue there is no demand or “basic need” for such a Free School on an 11-acre Green Belt site in the village and therefore that it does not meet the criteria set out by the Department of Education.

At the open evening, which will run from 7-9pm, Trustees hope to outline their commitment to working with the local community as well as the curriculum that will be on offer.

Though it would be a faith school, the admission policy states that 50 per cent of pupils at the Khalsa Secondary School can be non-Sikh.

Trustess hope to build on the success of the Khalsa Primary School in Slough, which is less than three miles from the Stoke Poges site, and achieved Ofsted ‘outsdtanding’ status in 2011, just four years after opening.

A SIKH free school remains on course to open in Hounslow in September but it has halved its initial intake.

The Nishkam School West London, approved in principle by the government last year, had planned to accept 200 pupils – 100 in each of its reception and year one classes.

But the size of the school’s initial temporary venue, which has yet to be confirmed, means it has had to reduce those numbers to 50 in each class, because of a lack of space.

A spokeswoman for the school, which will reserve half its places for Sikh students, with the rest available regardless of religion, said it was pleased with the progress made so far.

She told the Chronicle its senior leadership team was in place and it was recruiting teachers.

She added that she was happy with the number of applications received, although she refused to give a figure.

The Nishkam School Trust already runs a primary school in Birmingham and plans to open another school in Leeds.

It claims the Hounslow venue will eventually be the UK’s first ‘all-round’ faith school, catering for pupils from the age of four to 18.
Although it will initially open with just 100 children, the trust aims to build year by year and have 1,400 when it reaches full capacity in 2019, by which time it will be settled in a permanent home.

Free schools are government-funded but have more freedom than local authority schools to decide issues such as the length of the school day and the curriculum.

As of September last year, 79 had opened across the UK.