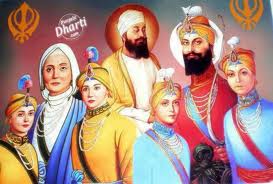 On sets, an animation film on Sikh Guru’s sons

Comments Off on On sets, an animation film on Sikh Guru’s sons 1,575 Views

Amritsar,Punjab: In a big budget animation film, Bollywood director Harry Baweja is set to direct Char Sahibzade — a film on the lives of the four sons of tenth Sikh master Guru Gobind Singh.

A three-and-a-half minute trailer of the film, to be produced by Baweja’s wife and producer Pammi Baweja, will be released before the media in Chandigarh on January 18. According to sources, the movie is worth between Rs 15 to Rs 20 crore — the highest ever for an animation film related to the Sikh religion. Baweja plans for a December release.

The two younger sons of Guru Gobind Singh, Sahibzada Zorawar Singh (9) and Sahibzada Fateh Singh (6), had attained martyrdom on December 26, 1705. They were bricked alive by Muhgal rulers after they preferred to embrace death rather than convert to Islam. Mughal rulers had offered them safe passage if they became Muslims.

The two other sons, Sahibzada Ajit Singh (18) and Sahibzada Jhujhar Singh (14), attained martyrdom while fighting in the battle of Chamkaur Sahib against Mughal forces led by Wazir Khan on December 7, 1705.

According to sources, Baweja had been working on the project for the last couple of years.

He had also been in touch with the SGPC and Akal Takht to ensure that he had done proper homework for the film. When contacted, Baweja refused to share any details of the film, saying he will speak about the project — which he was undertaking for a “very very very very religious purpose” — on January 18.

SGPC president Avtar Singh Makkar, however, said the film will wean away Sikh youths from ills like apostasy and drug addiction.

“Animation is a very powerful medium. Today, you see children glued to their laptops, iPads and other mediums watching animation. Having gone through the concept of the proposed film by Baweja, SGPC has given its go ahead for the movie,” Makkar said.