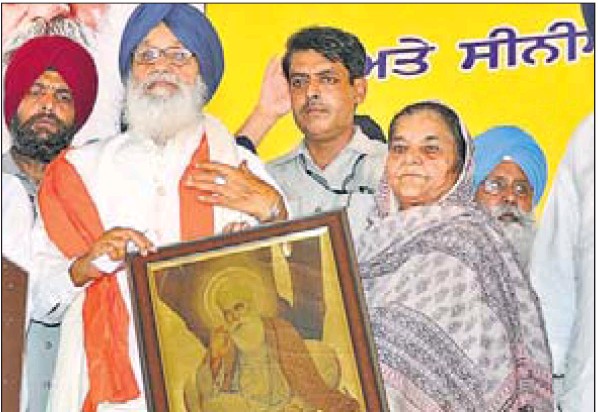 “Their (Congress) opposition to the proposed memorial has exposed them as real culprits behind the 1984 Sikh genocide . What is the harm in raising a memorial for those killed in the aftermath of then Prime Minister Indira Gandhi’s death? Thousands of Sikhs were brutally murdered on Delhi roads 29 years ago. Widows of several victims are still to be properly rehabilitated,” Badal, who was accompanied by revenue minister Bikram Singh Majithia, said.

A controversy erupted when New Delhi Municipal Council (NDMC) served a notice on the DSGMC, cautioning it against raising any structure against the building by-laws.

The veteran Akali leader was evasive on whether he would join the foundation stone laying ceremony. “I have not read the newspapers. I will check the facts,” he said, without elaborating on his participation.