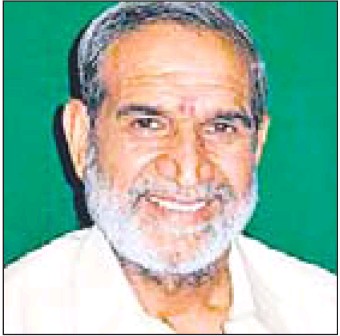 Notice to Sajjan on plea against acquittal

New Delhi: The Delhi high court on Monday issued a notice to Congress leader Sajjan Kumar on an appeal of the Central Bureau of Investigation (CBI), challenging his acquittal in a 1984 Sikh genocide case relating to the killing of five Sikhs by a mob here.

A bench of justices GS Sistani and GP Mittal asked the Congress leader to file his response to the probe agency’s petition and fixed the matter for further hearing on August 27.

Besides the CBI, victims’ family members Jagdish Kaur and Nirpreet Kaur had also challenged the trial court order in the case. Their plea would be taken up on August 27 by the same bench.

A lower court had on May 30 let off Kumar in the 29-year-old case, saying that he deserved the “benefit of the doubt” as key witness Jagdish Kaur did not name him as an accused in her statement given to the justice Ranganath Mishra panel in 1985.

“It was a matter of fact that when eyewitness and complainant Jagdish Kaur had submitted her affidavit before the justice Ranganath Mishra Commission in 1985, she had not mentioned Kumar’s name in any manner, though the other accused had been named,” it had said.

The trial court, however, had held five others guilty in the case and awarded varying jail terms for being part of the mob that killed the Sikhs.

The probe agency, in its appeal to the high court, has said the trial court erred in acquitting Kumar as it was he who had instigated the mob during the genocide that broke out after the assassination of then Prime Minister Indira Gandhi on October 31, 1984.

Kumar, a former Lok Sabha MP from Outer Delhi, and five others were tried in the case dealing with the killing of five Sikhs of a family Kehar Singh, Gurpreet Singh, Raghuvender Singh, Narender Pal Singh and Kuldeep Singh by a mob in Delhi Cantonment’s Raj Nagar area.

The case against Kumar and others was registered in 2005 on a recommendation by the justice GT Nanavati Commission. The CBI had filed two chargesheets against him and the other accused in January 2010.

Previous: The general of sparrows about the life of Banda Bahadur
Next: Cops help radicals occupy Nihang headquarters