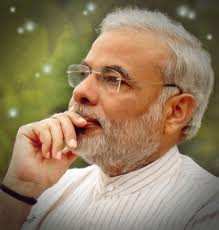 Comments Off on No attempt to evict Sikh farmers: Modi 453 Views

Ahmedabad, India: Gujarat Chief Minister Narendra Modi has assured his Punjab counterpart Parkash Singh Badal that no attempt will be made to evict Sikh farmers settled in the border district of Kutch. Modi spoke to Badal today and acquainted him with the situation prevailing in the state in the wake of the controversy that his government was “harassing” farmers from Punjab and Haryana re-settled in the Kutch region.

“There is no question of Sikh farmers from Punjab returning to their home-state. The state government is not using any force to evict them from their land in Kutch,” Modi told Badal, said an official spokesman.

Modi said though the matter was pending before the Supreme Court, the state government would ensure that these farmers were not subjected to any harassment or hardship.

“Nearly 50,000 Sikhs living in Kutch and elsewhere in Gujarat are peacefully co-existing with other communities in the state. We will ensure that they continue to live peacefully in Gujarat,” he said.

Modi said the confusion had been created by faulty revenue rules framed by the Congress government in the state 50 years ago and the subsequent government resolution issued in 1973.

He, however, did not clarify the “confusion” and blamed “vested interests” in the Congress for deliberately misinterpreting the 1973 resolution and creating a rift with the Sikh community to “defame” his government. Modi said a delegation of Sikhs living in Gujarat had called on him and expressed satisfaction over the steps initiated by his government for peaceful co-existence of all communities.

The leader of the Lakhpat Sikh Samaj, Jugraj Singh, had written him a letter pointing out that the Sikhs were living peacefully in Lakhpat and other areas in Kutch and taking advantage of the state government schemes and had never been harassed in any way.

Fatehgarh Sahib: Avtar Singh Makkar, SGPC president, said today that the eviction of Sikh farmers from Kutch in Gujarat would not be tolerated. Inaugurating a building at Baba Banda Singh Bahadur Engineering College here, he said he had written to the Gujarat Chief Minister and the Prime Minister to resolve the issue.

He said it was the duty of heads of state to protect the interests of all citizens.

On the Delhi University’s move to “undermine” the status of Punjabi, he said lakhs of Sikhs living in the National Capital Region spoke the Punjabi language. He said the university decision to allow only three affiliated colleges to teach Punjabi, had led to resentment among the Punjab-speaking people.

He said he had sought time from the Prime Minister and the Delhi Chief Minister to put forth his viewpoint on the issue. However, there had been no response so far.