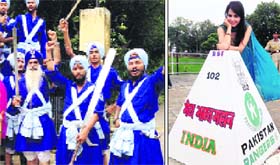 Month-long tour of border areas for troops proves a success

Amritsar, Punjab: The North Zone Cultural Council (NZCC) in association with the Ministry of Cultural Affairs organised a month-long tour of the border areas, ferrying artists from different states of the country to perform live shows at various places.

The exercise, aimed at providing entertainment to the troops stationed at the border areas, was quite a success.

A part of the tour, city’s popular artist and actor Baljeet Johal shared the experiences she gathered along the borders of the country.

“We visited the Wagah, Hussainiwala, Madhopur, Samba and Rajatal posts and training centres of BSF among others. Over 150 troupes of artists from Andhra Pradesh, MP, Punjab Rajasthan, Punjab and other states gave folk performances for the families of the Army and BSF jawans posted on these border regions.”

The cultural initiative that promised to promote cultural exchange between different regions of the country and also bring together the rich cultural flavours on one platter is an annual event.

“Every year, our aim is to travel with our cultural heritage to different places in the country, connecting people and entertaining them with education,” said Baljeet.

Her journey took her to the border areas in the Kashmir valley as well.

“We performed at the Badami Bagh and Sunderbani areas. Kashmiris loved the performances by gatka troupe travelling with us. They were fascinated by the mixed martial arts performances as it was new to them,” she said.

Another hit was the performances by the Assamese folk dance troupe. “The families of the jawans posted in these areas miss their culture and so probably this event was another way for them to connect and relive their cultural roots. My interaction with the jawans and officers brought out the fact that such cultural activities bring a relief to them from the stress they face everyday while protecting the borders.”

Amid the rehearsals, nature’s challenges and travelling, Baljeet says the tour was memorable as every live show ended with a huge round of applause and appreciation. 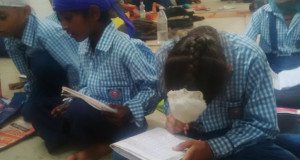