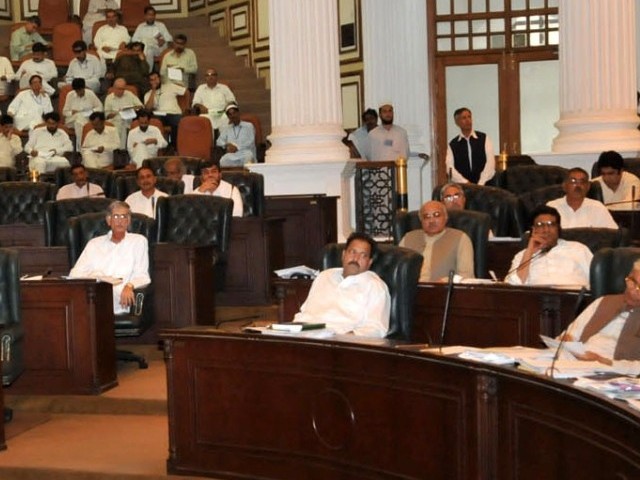 Singh, 59, a practitioner of alternative medicine, belongs to Bacha Kalay, a village in Pir Baba, District Buner. Sikhs living in the area have been forced to migrate due to deteriorating security conditions. Singh had also left his hometown along with his six family members during military operation in the valley.

“I will work for maintenance of religious harmony and peace not just in my hometown but in the entire province,” Singh told The Express Tribune on Saturday. “My efforts will be channelled to achieve freedom to practise religion for all religious minorities.”

According to Singh, Sikhs who earlier served as minority members of K-P Assembly have failed to represent interests of his community and those of other minorities. He also believes they were not true followers of Sikhism as they would not wear the turban and did not have beards.

After remaining a member of Jamaat-e-Islami (JI) for nine years, Singh had joined PTI two years back. While being part of JI, he had served as a member of Tehsil council, Pakistan Sikh Gurdwara Parbankhak committee and Evacuee Trust Property Board.

In PTI, Singh was elected secretary of party’s minorities wing via intra-party elections.

Singh was also awarded gold medal by Pakistan Sikh community for his initiative in Malakand division to assist flood and war affectees.

While talking about his plans if elected as a minority member in the assembly he said, “My first priority will be to restore harmony among different religious and ethnic groups of society and to restore peace in the scenic valleys of Malakand division and K-P.”

He said he will face the existing problems with courage and discipline, traits for which his community received praise even by international organisations.

“We are Pakistani and Pakhtuns first and Sikhs later,” he added
The Sikh and other minorities face several problems such as lack of religious institutions, funerary grounds and general freedom to practise religious beliefs, Singh said.

He also believes there is a need to work on education system, pointing out that it is one of the basic components of his party’s manifesto.

Charanjeet Singh, a resident of Suran Singh’s village, described Suran as an active member of the village who attends socials gathering irrespective of religious or other differences.

However, a Sikh community member in Peshawar said that they did not know much about Suran Singh, yet hoped he will represent the community in good light in the assembly.

Suran Singh is also associated with Khyber News and has been hosting a programme ‘Za hum Pakistanay ym’ for the last three and a half years.