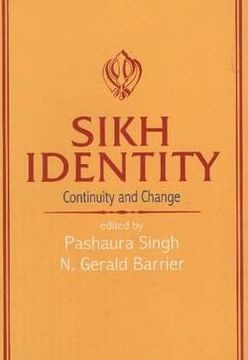 Amritsar, Punjab: The politics over memorials dominated the Sikh politics in the year gone by. It will also be remembered for the Shiromani Akali Dal (SAD) wresting the control of the Delhi Sikh Gurdwara Committee (DSGMC), issues raised concerning Sikh identity abroad, and the agitation for the release of Sikh detainees languishing in different jails of the country.

The year started with the SAD registering an impressive win in the DSGMC elections, putting an end to the rule of Paramjeet Singh Sarna in Delhi gurdwaras. With this victory, the SAD established its complete control over the religious as well as the political space of Sikhs.

The year also saw the Operation Bluestar Memorial finally taking shape, 29 years after the Army operation and a string of controversies. The memorial was opened on April 27.

However, the Damdami Taksal move to dedicate the memorial to Sant Jarnail Singh Bhindranwale sparked another row. The Taksal had also inscribed Bhindranwale’s name on six spots, besides putting up a wall clock with his photograph. The SGPC cried foul play, contending that it was kept in the dark about it. It had brought the SGPC face to face with the Taksal.

Even as the dust was yet to settle down on the Operation Bluestar Memorial row, another controversy erupted in June this time over the memorial of those killed in 1984 anti-Sikh riots in New Delhi. The controversy broke out after former DSGMC chief Paramjeet Singh Sarna came out against the DSGMC move to construct the memorial within the premises of Gurdwara Rakab Ganj Sahib. He had even filed a petition in the Delhi High Court against the move and ended up incurring the wrath of the Sikh clergy. The Akal Takht summoned him on July 26 and directed him to withdraw his petition, besides asking him to perform a religious service by holding an ‘Akhand Path’.

As in the past, the Sikh community continued to struggle with the issues of Sikh identity abroad. DSGMC President Manjeet Singh GK had to face rough weather at the Rome international airport in Italy in August as he refused to undergo turban frisking. He chose not to board the flight and remained stranded at the airport for hours before he could finally leave for Dubai without turban frisking following the Union Government’s intervention. There were incidents like a teenage girl punching an octogenarian Sikh in UK and an unidentified assailant attacking Prof Prabhjot Singh of Columbia University.

Besides, the assault on senior IAS officer Kahan Singh Pannu in Uttarakhand also sparked outrage in the Sikh circles. The Akal Takht and the SGPC also came out against Canada’s Quebec province move to ban religious symbols under its controversial ‘Charter of Quebec Values’. To deal with the issues concerning Sikh identity abroad, the SGPC announced setting up the Global Sikh Centre for Learning and Information at Yuba City in California (USA) whose foundation stone would be laid in February 2014.

Talking about the legal battles, the SGPC finally deposited a court fee of Rs 10 crore in the 28-year-old legal battle for Rs 1,000 crore compensation from the Union Government for the damages caused during the 1984 Operation Bluestar. Earlier, in March, the SGPC had intimated the Delhi High Court that it was withdrawing the suit, contending that it would be “sheer wastage of money spent on court fee, which is the hard-earned money donated by devotees” if the case is decided against it. Besides, the new SGPC House continued to remain entangled in a legal fight in the Supreme Court over the Sehajdhari row even after two years of the SGPC elections.

At the end of the year, the fast-unto-death by Gurbaksh Singh Khalsa at Mohali has brought back into the limelight the issue of Sikh detainees languishing in different jails even after serving their jail term.

Apart from it, the differences between the SGPC and the PSGPC continued over the Nanakshahi Calendar. Deputy CM Sukhbir Badal was re-elected as the SAD president for the second successive term. SGPC member Navtej Singh Kauni was awarded ‘tankhah’ for attending congregation of Dera Sacha Sauda. The SGPC filed a clemency petition before President Pranab Mukherjee, seeking pardon for Devinderpal Singh Bhullar. Giani Mal Singh was installed as the new jathedar of Takht Sri Kesgarh Sahib at Anandpur Sahib following the demise of Giani Tarlochan Singh.

Previous: Dal Khalsa opposes Jat quota
Next: Was it a fast or farce?