Comments Off on Martial arts display steals the show 244 Views

Over 30 lakh devotees paid obeisance at various gurdwaras during the festival, which started on March 23 at Kiratpur Sahib after which the celebrations shifted to Anandpur Sahib on March 26.

The most significant event of the festival was the procession of Nihang groups belonging to the Budha Dal, Harian Velan, Damdami Taksal and the Tarna Dal. The procession began from Takht Sri Kesgarh Sahib gurdwara at 2 pm. Nihangs exhibited their horse riding and martial art skills and sprayed Holi colours on the people all along the way. The procession halted for a while at gurdwara Kila Anandgarh Sahib at Agampur before it concluded at the Charan Ganga stadium where the Nihangs again displayed their skills. Baba Budha Dal distributed prizes and cash rewards among the winners.

Earlier, the bhog ceremony of “akhand paths” was performed. Akal Takht Jathedar Giani Gurbachan Singh delivered his message to the masses urging them to fight social evils like drug addiction and female foeticide.

A police team, which was formed to check the menace of begging during the festival, nabbed nearly 100 beggars and pick pockets.

Shopkeepers and vendors did a brisk business in the town. 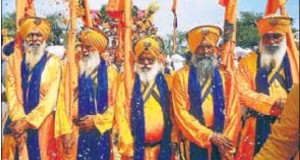 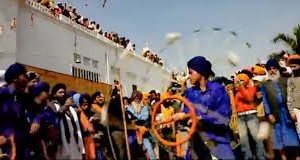 2,500 cops to be deployed at Hola Mohalla