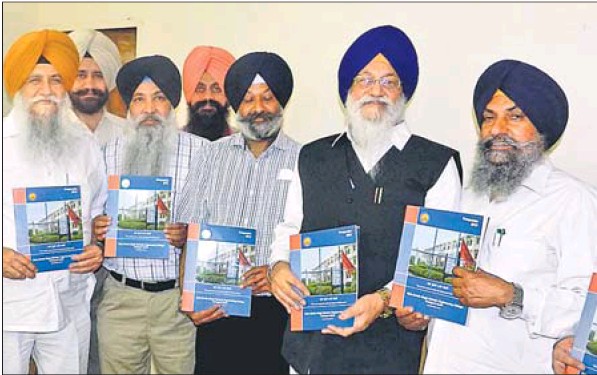 Comments Off on Makkar hails DSGMC move on memorial 379 Views

Fatehgarh Sahib, Punjab:  Shiromani Gurdwara Par bandhak Committee president Avtar Singh Makkar on Friday hailed the decision of the Delhi Sikh Gurdwara Managing Committee to construct a memorial to the victims of 1984 Sikh genocide at Gurdwara Rakabganj near Parliament in the national capital.

Speaking to media persons here, Makkar said that the SGPC would fully cooperate with the DSGMC in this regard.

He also claimed that former DSGMC president Paramjit Singh Sarna had no right to oppose the proposed memorial since the latter was openly supporting the Congress.

Meanwhile, Makkar said that the SGPC would install a new machine worth ` 12.50 crore for cancer patients at Guru Ram Das College and Hosptial in Amritsar within a month.

He said that the Shiromani Gurdwara Parbandhak Committee had already given ` 4 crore in this regard.

He said that efforts were on to accord the status of university on Guru Ram Das College and Hosptial.

Speaking on this occasion, Makkar said that BBSBEC was committed to provide quality higher education to the students.

Admissions to MTech, MBA and MCA programmes would also be conducted.