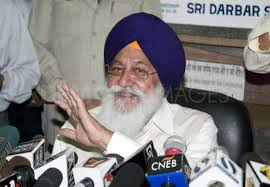 Makkar for action against PGI doc

Comments Off on Makkar for action against PGI doc 578 Views

Amritsar, Punjab: Shiromani Gurdwara Parbandhak Committee (SGPC) chief Avtar Singh Makkar has demanded the registration of a case and arrest of a PGIMER, Chandigarh, doctor on charges of hurting religious sentiments of Sikh candidates who had come to appear in a written examination for admission into para-medical courses of the institute.

In a statement issued here on Monday, Makkar claimed that baptised Sikh candidates, including girls, who had gone to appear in the examination at Guru Nanak Dev Senior Secondary School, Sector 36, Chandigarh, were humiliated by Dr K Gabba and another person, who was in charge of the exam centre.

According to Makkar, two baptised girls, Gurinder Kaur and Amarjit Kaur, refused to take off their religious symbols and insisted on taking the examination. Despite facing humiliation, the two managed to seek entry into the exam centre and took the exam, he said.

In a letter addressed to Punjab governor Shivraj Patil, the SGPC chief has demanded the registration of a case against Dr Gabba and the in-charge of the exam centre. He claimed that the two had hurt religious sentiments and should be immediately arrested.

Makkar has also written to PGI director Dr Yogesh Chawla and demanded action against Dr Gabba. In the letter to the governor, he has also sought a judicial inquiry. He has also sought a re-examination for all those baptised Sikhs who refused to take the exam without their religious symbols. “If such a rule of removing the ‘kirpan’ or ‘karra’ existed, the candidates should have been intimated beforehand,” Makkar stated.