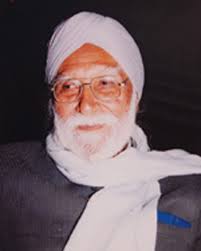 Lyallpuri: A hero of the peasantry

Amritsar, Punjab: Jagjit Singh Lyallpuri was the last Left stalwart who dedicated his entire life for the amelioration of the downtrodden of Punjab. He was born on April 10, 1917, the year when the Russian Revolution took place. Those were the times when anger against the British rule was brewing in India, particularly after the Jallianwala Bag massacre in Amritsar in 1919.

Members of Congress, Socialists and Akalis were all fighting the British out in the streets. Under such a politically charged atmosphere, it was natural for young Lyallpuri to get attracted to the national liberation movement.

After completing his BSc from Khalsa College, Amritsar, in 1937, Lyallpuri started working with the Indian National Congress and organised conferences in his district. He later joined Government Law College, Lahore, where he came in touch with many revolutionaries who left indelible imprint on him. By the time he completed his LLB in 1940, he was already taken as state committee member of the Kirti Kisan Party of Punjab, an organisation founded on the ideas of Shaheed Bhagat Singh and merged with the Communist Party of India (CPI) in 1941.

In 1941, most of the leadership of the Kirti Kisan Party was put behind bars by the Punjab Government. Lyallpuri went underground for 20 months and shouldered the entire burden of organising resistance movement among the peasants of Punjab. However, he was spotted and caught on April 25, 1942, and was released only after spending 50 days behind bars. In the following year, he was elected as joint secretary of the All India Kisan Sabha (AIKS). For the next 18 years, he remained on this important position before he was elevated to general secretary of AIKS.

For the Left, liberation from the British in 1947 was not freedom from poverty, discrimination and social oppression. In the second congress of the CPI at Kolkatta in 1948, BT Randive took ‘adventurist’ political line of armed resistance in Telangana. CPI was banned immediately and Lyallpuri once again went underground before he was detained in December 1949 for 15 months.

Lyallpuri was instrumental in splitting CPM away from CPI in 1964.

Previous: True character of the President of Seharjdhari Sikh Federation came out in public
Next: Religion losing influence, say 77% Americans