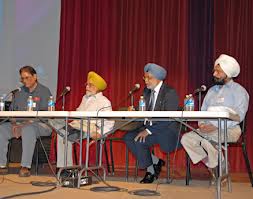 Professor Surinder Kler Shukla, honorary director, ICSSR, while welcoming the guest speaker and the audience, said, “Immigration is a world phenomenon. Indians, especially Punjabis, have a great craze to migrate to different parts of the world and their special destination is Canada and the USA.”

Grey presented a documentary in which he explained the problems faced by the Sikhs during 1904-08.

According to him, the Hindus used to work in cement factories and most of them were suffering from tuberculosis (TB). He himself found some important documents regarding the immigration on the floor of closed cement factory which were more than 30 years. In 1900s, the immigrants from India were known as Hindus, even though they were Sikhs in majority.

The two pioneer Sikhs migrants were Diwan Singh and Gurditt Singh. By the year 1907-08 there were more than 5,000 Sikhs in Canada.

Those who migrated to Canada were mostly former soldiers of World War I. Keeping in view the high number of immigration from India to Canada, the Canadian government formed a commission to know the reasons. Due to non-supportive attitude of the Canadian administration towards the Indian immigrants, they were not allowed to board the ships in Canada.

The immigrants themselves formed groups to support their cause in Canada as reception to the immigrants was not good due to the fear of loss of work for the Canadian citizens.

This is evident from the fact that 100 persons were deported to India in 1906 just because of a general eye problem. The Indian migrants were allowed to bring their children less than 18 years of age.

The lecture was followed by a lively discussion in which teachers, students and scholars from various departments participated. 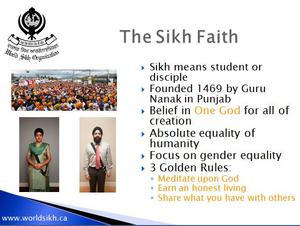 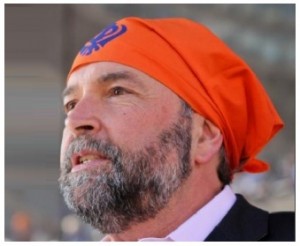