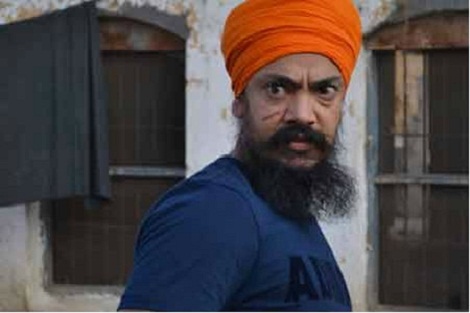 Talking to Yes Punjab News, Sidhu said that Makkar has played with the sentiments of Sikhs by first hailing and supporting the film whole-heartedly and then taking a complete U-turn on the issue.

“If the president of Supreme Religious Body of Sikhs behaves in such a manner, it does not reflect positively on the community.  Either his decision to support the film was wrong or he is doing wrong now by defending the ban on the film.  It shows that he is not capable of taking right decisions at the right time.  I doubt whether such a person deserves to hold such a high post as a representative of the entire community”, he said.

Commenting on Makkar’s statement that he has committed a folly by hailing and supporting the film, Sidhu said that if it was so, what was the point of installing picture of Sant Jarnail Singh Bhindranwale in the Sikh Musuem at Amritsar.

Blaming Makkar for ‘dual politics’Sidhu said that leaders like him earlier too betrayed youth of Punjab by first raising the pitch for their political gains and then backtracked for their own vested interests. “”Punjab and its youth paid a heavy price due to dual policies of such leaders”, he said.

Sidhu said Makkar needs to clear whether he was Chief of a Religious Body or a spokesman of a political party. If SGPC won’t represent the sentiments of Sikhs, who else will?””, he said.

Terming Makkar as a ‘slave’of his political masters Sidhu said that Makkar should have acted like a leader of Sikhs so as to ensure a respectable place in this history.

Sidhu said now when SGPC Chief stands exposed, he should cease giving statements about the killings and victimization of Sikhs in 1984.