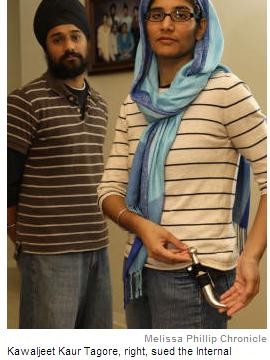 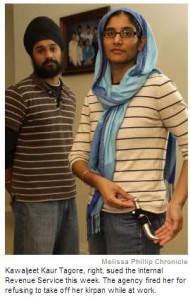 Chandigarh: In the historic IRS Kirpan case, the US 5th Circuit Court of Appeals has reversed and remanded the Religious Freedom Restoration Act (RFRA) claim for a trial and affirmed the Title VII claim.

In other words, the panel has decided to send the RFRA claim back to the lower (district) court for further development of evidence concerning the government’s compelling interest in enforcing the statutory ban on kirpans with blades exceeding 2.5 inches. The panel concluded that the current submitted evidences did not support the government’s position of banning the kirpan. This decision seems to be a partial victory for kirpan rights.

In April 2005, Kanwaljeet Kaur, a CPA by profession, was stopped at security at the IRS. She had joined IRS in 2004. As a Sikh, she wears her five articles of faith, among them a kirpan. When she refused to take off her kirpan, the IRS fired her.

Since then she has been fighting a long legal battle with the US Government to allow her to wear her kirpan and serve her country.