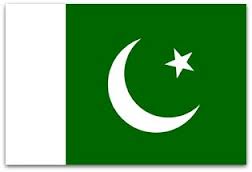 Comments Off on Kidnapped Sikh man beheaded in Pakistan 461 Views

Islamabad,Pak: A militant group in Pakistan’s lawless tribal belt beheaded a Sikh man kidnapped over a month ago after accusing him of acting as a “spy” for a rival outfit, media reports said today.

Mohinder Singh, 40, was kidnapped from his shop in Tabbai village of Khyber Agency by unidentified armed men on November 20. Singh was a seller of herbal medicines, a trade that is common among Sikhs in northwest Pakistan.

Singh was beheaded yesterday and his body was mutilated before it was packed in a sack and dumped at Zakhakhel Bazaar in Khyber Agency, unnamed officials were quoted as saying by the Dawn newspaper.

A note left with the body said Singh had been killed for spying for a rival militant group, the Lashkar-e-Islam. The body was identified by the slain man’s brother Daswant Singh.

He said his brother’s killing was a “cruel act” against members of the minority Sikh community.

“We have no enmity with anyone and have lived peacefully in Khyber Agency for more than six decades,” he said.

Daswant told The News daily that his family had earlier approached the Tauheedul Islam, a pro-government militia of Zakhakhel tribesmen, but it had claimed it did not know the whereabouts of Singh.

“After we tried and used all tribal channels and sources for the recovery of my brother, we sent an application to Mutahir Zeb, Political Agent of the Khyber Agency, on December 13 to seek his support,” Daswant said.

The official had reportedly assured the family that Singh would be recovered within a week, he said.

Daswant said his brother was diabetic and had been survived by his wife and nine children, including a polio-affected son. He demanded that the government should protect minorities and pay compensation to the family.

Daswant said his family had lived in Bara sub-division of Khyber Agency for over 40 years before migrating to Peshawar three-and-half years ago after the Lashkar-e-Islam imposed jiziya, an Islamic tax, on minorities.

“We are poor and loyal citizens of Pakistan and have no enmity with anyone. I don’t know the crime of my brother for which he was murdered,” he said.

Daswant further said that if the government could not provide religious minorities with proper security, it should arrange for their migration to a safer country.