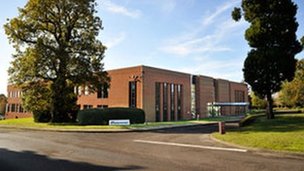 Proposals by a Slough-based trust to open a Sikh faith school in Buckinghamshire have been criticised.

But Nick Singh Kandola said the trust had heard from “many angry residents complaining via phone calls [and] emails that they do not want this”.

Saera Carter, of Stoke Poges Parish Council, said the village did not have the adequate infrastructure.

She added: “The proposal is within our green belt and it’s also adjacent to a conservation area.

“It would be an urbanisation of a semi-rural village in Buckinghamshire which is something we’re trying to resist.

“We would be concerned about extra traffic and coaches coming into our small country lanes.”

The chosen site on Hollybush Hill is currently occupied by Pioneer UK. It is 1.5 miles (2.41km) from Khalsa Primary School in Slough.

Ofsted has marked the primary school as “outstanding”.

Open days are being held at the proposed building on 1 and 2 February.

Mr Kandola said if any protestors came they would be treated “with respect and calmness, and [we] plan to serve refreshments to them”.

He added: “Some of the comments are disrespectful towards ethnic minorities. Most of them are complaining about potential traffic issues.”

Ms Carter said: “If the identified need [for extra secondary school places] is within Slough we believe the school should be based in Slough.

“We’re concerned that a neighbouring county [which has] an issue with schooling would like to move [its] problem.”

The school intends to cater for students from all backgrounds, with 50% of places prioritised for non-Sikh students.

According to the 2011 Census, Slough is home to 14,889 Sikhs, more than any other local authority in England and Wales.